When they're not sleeping, they're eating ... a relatable mentality 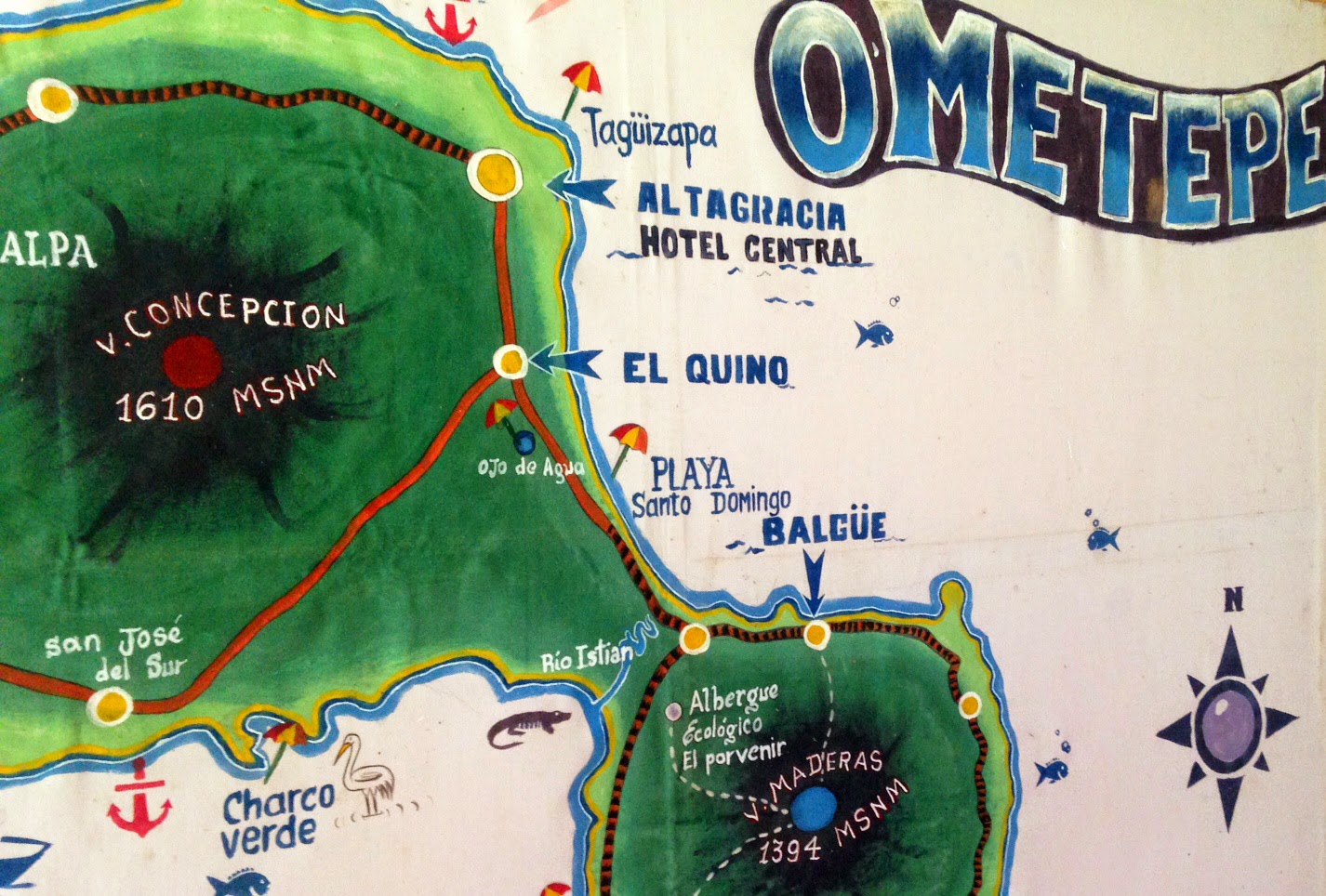 The days have begun swiftly molding together as more and more time flies here on the island of Ometepe. Literally, by 6 p.m. it's dark.

Waking up at 4:30 a.m. is no longer as tiring, and sitting in a pile of dirt and leaves for hours whilst staring up and into the lives of our primate friends has become second nature. 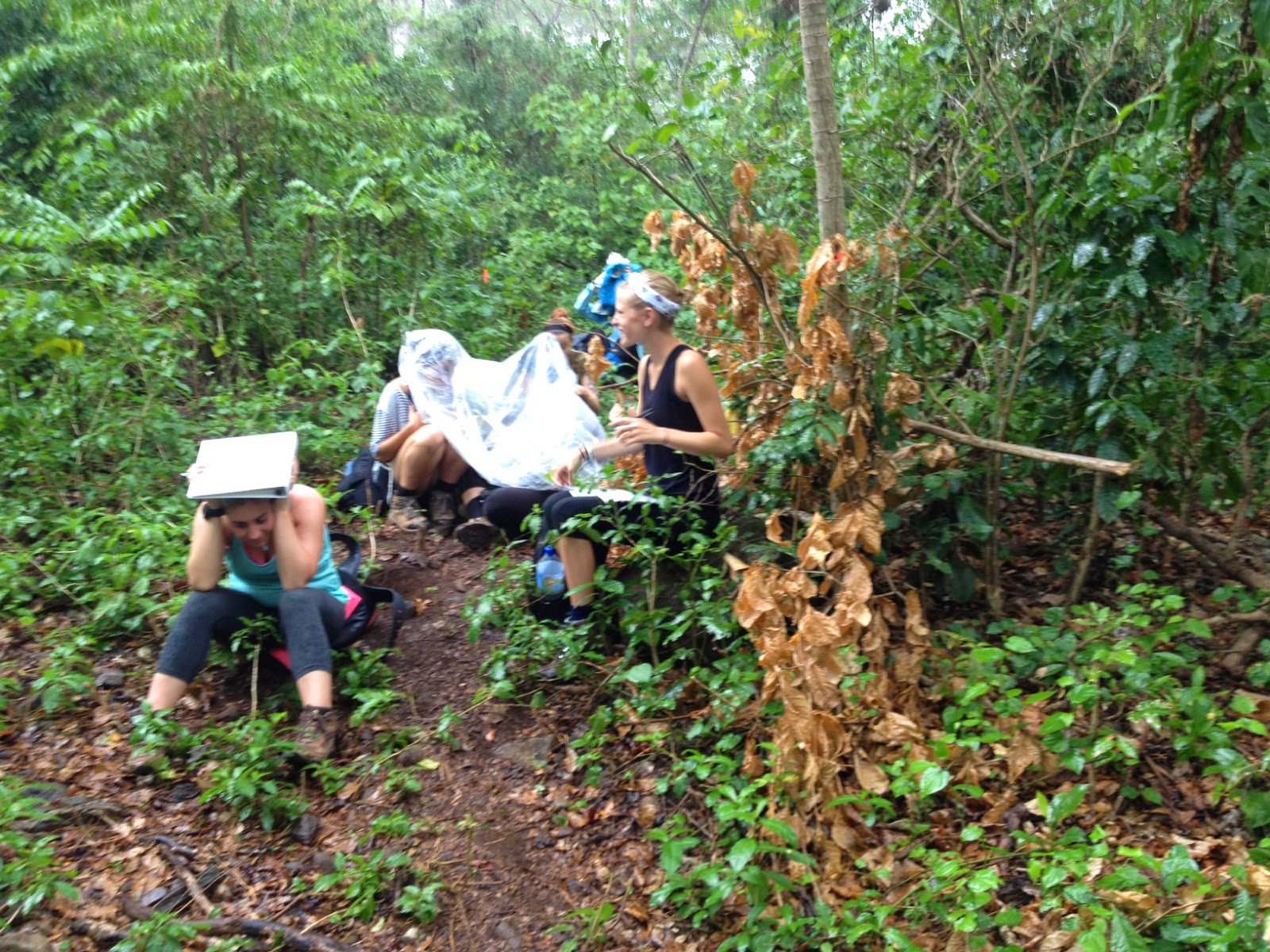 Today, it rained on all of us as we attempted to go about our fieldwork, and we made the best of it like the good sports that we are.

As a group, we've become closer than I'd ever imagined, and I already know that these girls will be my friends for life. Our adventures as we explore both the island, as well as our academic pursuits within primatology, have become a truly unique experience all around.

One of the unique aspects of Ometepe is that it is home to ancient petroglyphs, symbolic rock carvings by the island natives which can be seen at various places around the island, one of them being the White Tree Forest. Also home to mantled howlers, the White Tree Forest is about an hour walk from the conservancy, so after a morning of observation we took a trip to see the petroglyphs. 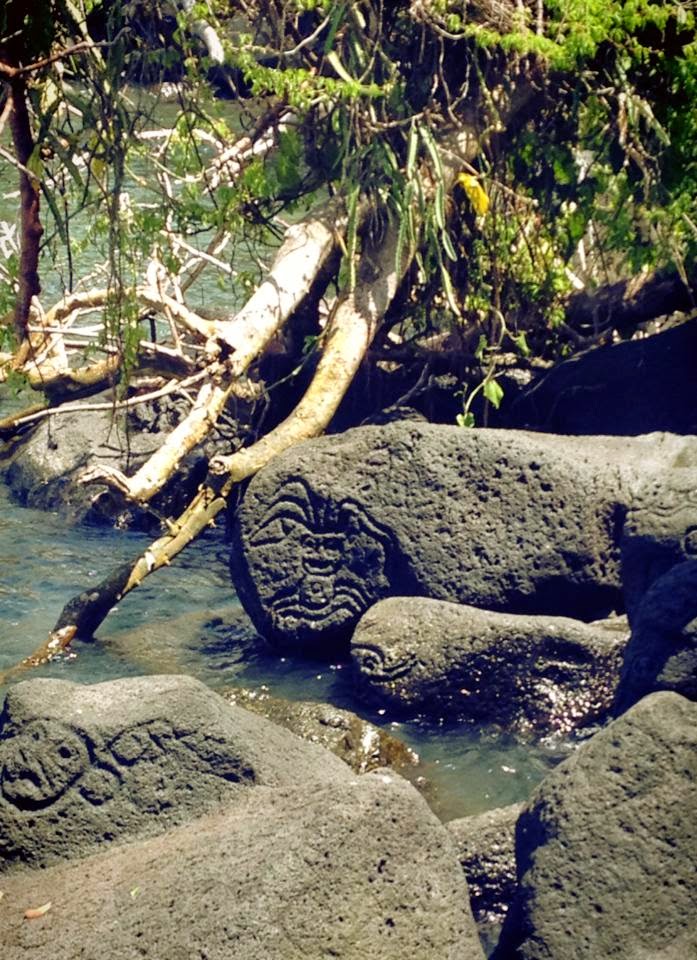 It was a truly humbling experience to not only see, but touch with our own hands rock carvings that are around 3,000 years old. But first, we were able to witness the extraordinary sight of a group of around 25 howlers in one tree all interacting with one another. Between being enveloped in their booming howls and watching them hang, swing, grab, and fight one another, it was hard not to be overwhelmed.

But it was a truly breathtaking insight to what life is like for non-human primates. Throughout the course of our observations we begin to become more personal with the howlers, and although some of our references to them are jokingly anthropomorphic, a lot of what we observe does bear a true resemblance to aspects of human life.

We also got a chance to kayak out to a place called Monkey Island one morning, a home to habituated white-faced capuchin monkeys. It was important to see the behavioral and morphological differences between capuchins and howlers. Howlers are very sedentary and have a very specific behavioral pattern, and by that I mean they sleep, a lot, 65% of the time as a matter of fact.

Capuchins however are much more active and expressive. It was interesting to see the parallel from an evolutionary perspective, not to mention kayaking while throwing bread and fruit at the capuchins was pretty cool, too. 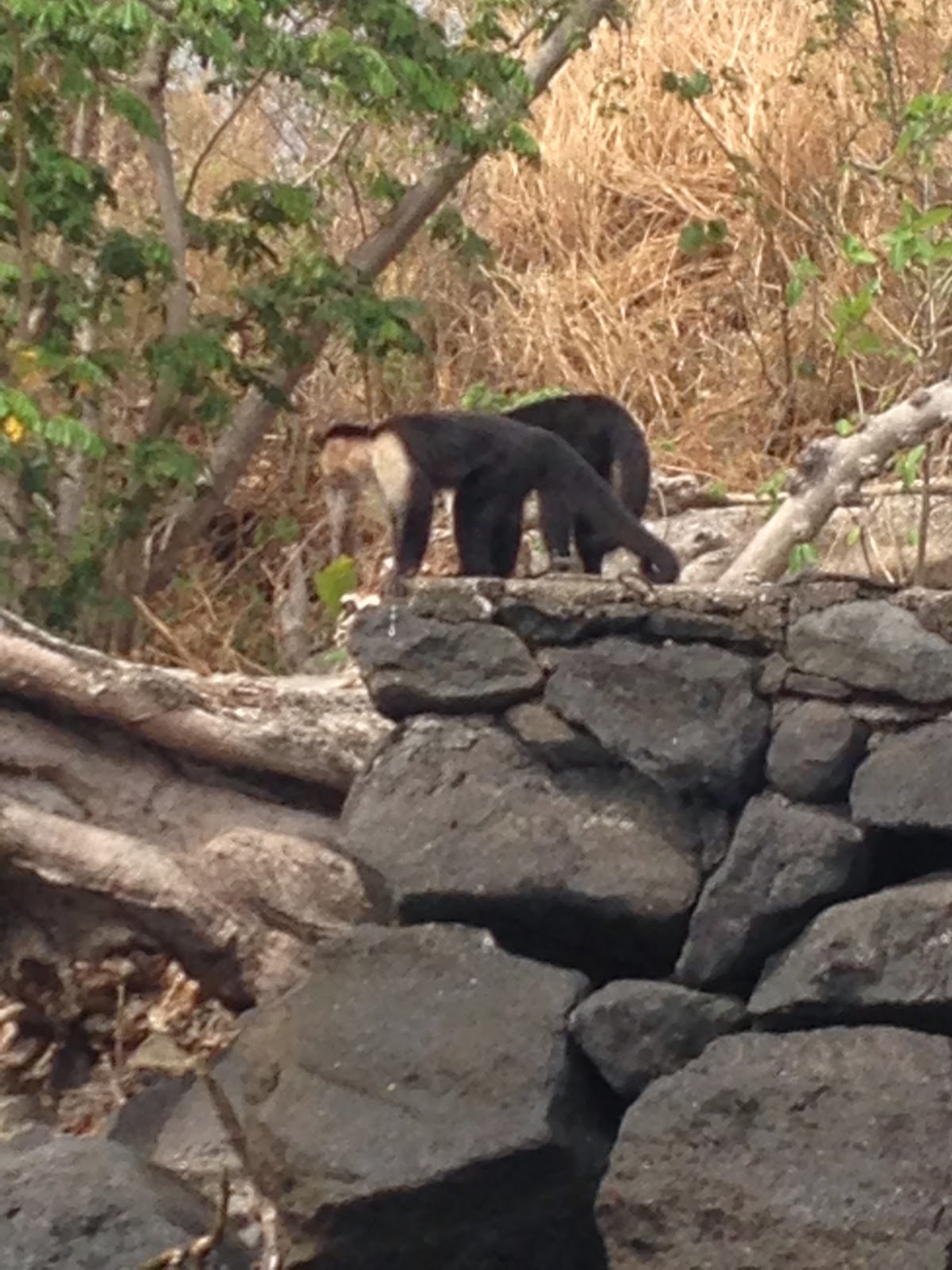 These past few days have consisted of us collecting data for our final projects which has been increasingly more rewarding - being able to employ everything we've learned thus far and conduct real scientific research in all its fulfillment. I can hardly believe how much my time here is quickly dwindling down, mostly because I never thought a unique, foreign place could begin to feel so much like home.

Who knew cold showers could be so refreshing?

I may never be able to look at rice, beans, or plantains the same way again, but that's a small price to pay for the extraordinary experiences I've been afforded by being here. Besides, the coffee is phenomenal. And so are the people, and the places, and primates, even the bugs. Okay, maybe not the bugs. Finding a scorpion in our room one evening wasn't a part of this trip I want to put on the highlight reel, but I could still gush about it forever.

I'm anticipating finishing my data collection over the next few days - my hypothesis for my research is whether or not the use of the prehensile tail in mantled howler monkeys is used primarily in foraging or not and whether it is more frequently used by adult males or females.

Since the presumption is that the evolution of the prehensile tail occurred due to competition and availability of food resources, I'm anxious to see the role it plays in the life of the howlers. When they're not sleeping, they're eating, and I think many people, myself included, can certainly relate to that mentality!


— Jeanine Hubert is an anthropology major.

Posted by BloomsburgU at 7:17 AM