A local Husky’s guide to the Bloomsburg Fair 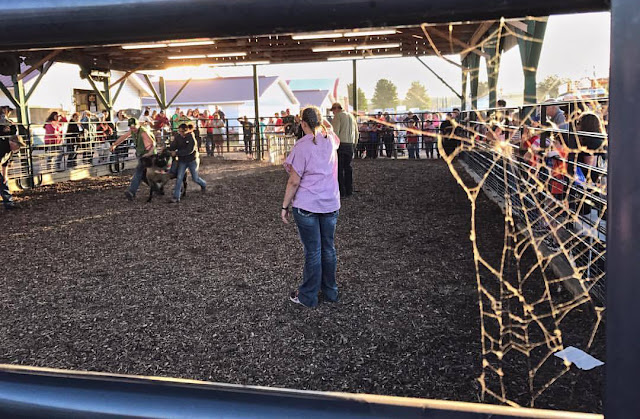 We're fast approaching an annual milestone that molds our university culture with those in the rural realm around us. Each year, people come together for a week from far and wide in the only town in Pennsylvania to celebrate: the Bloomsburg Fair!

I’m from the small town of Benton, about 20 miles north of Bloomsburg. The fair is a huge attraction for us rural neighbors, mainly because you have to drive to Bloomsburg to do anything exciting in the first place. Also, because the surrounding high schools have the whole week off for the fair. If you have never been to "The Fair," I implore you to try it out! Especially if you’re a fan of greasy, fried comfort food on a stick.

Animal lovers have their place at the fair too. There are plenty of barns where you can check out horses, goats, cows, pigs, sheep, chickens, rabbits, and even dogs (if you’re willing to pay a small fee). If you have an interest in antiques, gardening, or art, you should check out the four large, brick exhibit buildings located parallel to the sky ride. The best shopping and knick-knacks are located under the grandstand. 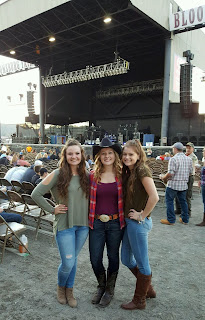 Of course, those aren’t the only attractions at the Bloomsburg Fair. There’s also the area around the track that houses all the carnival games you loved to play as a kid.

Have $10 and some serious carnival skill?


You might just win your significant other the most ginormous teddy bear ever. Or if you’re lacking in the skill department, you could win a keychain … I guess that’s nice too.

If you want an adrenaline rush, try out the carnival rides! The adrenaline comes from the ride, but also from the knowledge that it could (jokingly) break at any second. They are also mostly located at the far end of the track. In all seriousness, the rides are extremely safe, because they have to be inspected so many times for only one week of operation.


The food at the Bloomsburg Fair is possibly its biggest attraction. The food may seem very uniform, but every stand has a specialty, and a group of customers it attracts. Sure, there are TONS of fried food, but there are other delicious options that aren’t batter dipped and fried in oil. There are an abundance of stands selling cheesesteaks, gyros, pizzas, calzones, seafood, and some things you’ve never even heard of.

A few years ago I bought a foot-long hotdog with macaroni and cheese as a topping. There’s a stand where you can purchase a turkey leg. You read that right, you can walk around looking like a Viking. There are also some places that have more of a restaurant atmosphere where you can sit down and eat. Places like these usually have some of the best desserts.

Did you say dessert?


Yes, there are so many choices. There are the typical ice cream stands, and the not-so-typical Penn State Berkey Creamery stand (AKA the most delicious, non-homemade ice cream ever). The fair is also during peak apple season, so apple dumplings are a necessity and are available all over the fair. Another one of my favorites are flavored honey sticks. They’re basically like pixie sticks, but with dozens of different flavors of honey. There are multiple stands with taffy and other candies as well.

As if food and desserts weren’t enough, there are also some great beverages available at the fair. Kohr’s orange juice stands are everywhere, and it’s unlike any orange juice you’ve ever had. There are also multiple local cider mill stands where you can get delicious apple cider. Big Ben’s sodas (blue birch beer in particular) are also very yummy.

Last but not least ... the entertainment 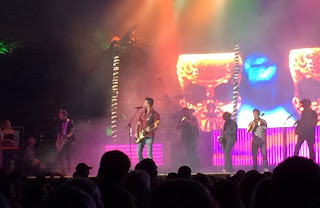 No, I don’t mean people watching, although that has its entertaining moments as well.

There's a free stage located near the main entrance, where plenty of bands, musicians, and performing artists play from mid-morning until the fair closes each night. Marching bands also perform at different times throughout the week.

This year there are eight musicians and performing artists at the grandstand — ahem, Cole Swindell and Brett Eldredge to name two — and there’s also the always competitive tractor and truck pull and the popular, entertaining demolition derby.

Grandstand entertainment requires a ticket, which can be bought on the fair’s website. Got my ticket for Tuesday night and already itching to get there early, so maybe you'll see me down there!

Posted by BloomsburgU at 11:01 AM No comments:

Keeping up with a fast-paced city 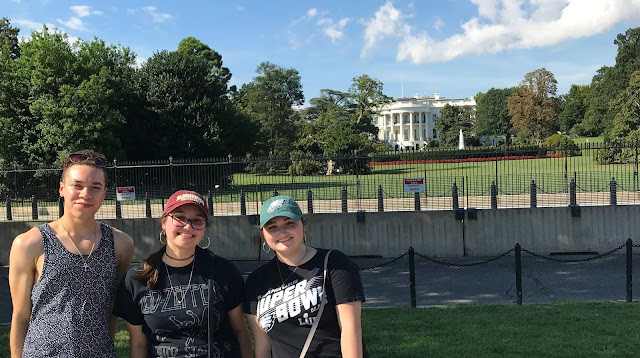 It has been quite the eventful weekend here in our nation’s capital! After orientation events concluded on Friday, some of the other interns and I decided to tackle the metro to find our internship sites. One of the biggest rules in DC is how to use the escalators in the metro. If you are on the right side, you are standing. If you are on the left side, you are walking down as the escalator moves. This is important to remember, because D.C. is a very fast-paced city. 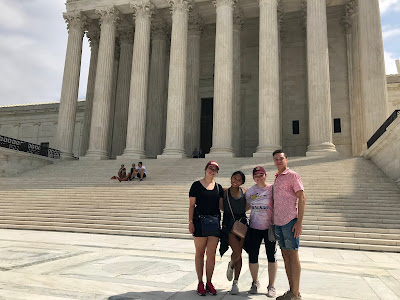 Our internship sites weren’t far from the Washington Monument and the White House, so we decided to do some sightseeing.

I was lucky enough to score two tickets for a tour of the Capitol building and the White House for next week so make sure you check back for pictures of the inside! By the end of this day, we had power walked (again, a very fast paced city) almost 10 miles!

Saturday was another busy day, as we did more sightseeing. We walked to the Library of Congress and the Supreme Court Building, which is only a 15 minute walk from our apartment. It is hard to truly gauge the size of the Supreme Court Building because it is absolutely massive. Pictures do not do it justice (no pun intended), as it stands nearly 92 feet tall, 385 feet long, and 304 feet wide. There is a basketball court on the fifth floor that has been named the “Highest Court in the Land”.

I start my internship on Tuesday, so make sure to see next week’s post about my first week on the job!

Posted by BloomsburgU at 6:52 AM No comments: