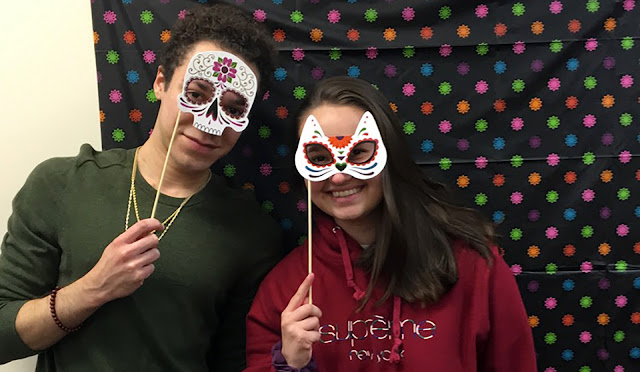 Three weeks ago was the H Street Festival, which was postponed from September because of Hurricane Florence. It spans several blocks with live music, food tents and trucks, and other vendors. It gave me just a small taste of the Bloomsburg Fair, which I sadly was not able to make it home for. I tried Jamaican jerk chicken for the first time (which was incredibly spicy but absolutely delicious) and watched this cool African band Chieck Hamala Diabate.

The weekend after I went to a Washington Wizards game at the Capital One Arena. It was my first NBA game, and I loved every second of it. We were in the nosebleed seats at the very top section, but it was still a great time anyway. The game was competitive to the last second, but the Wizards lost. We’re going to see them again this weekend when they play Oklahoma City Thunder! 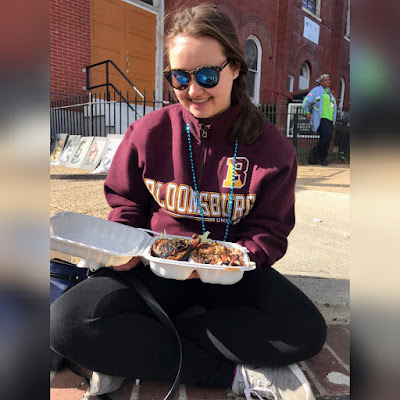 This past weekend was Global Festival at TWC. It’s an event that gives interns in the program the opportunity to cook some of their food from home, and then a talent show to showcase their country. I believe there are over 40 different countries represented this semester from several different regions of the world.

The hardest part about making international friends is how far away they are when the program ends, but it gives you an excuse to make travel plans.

Brunch is a huge thing in D.C. Most restaurants will typically do a two-hour bottomless brunch that includes brunch food, mimosas, and Bloody Mary's. The place we went to is called Bar Charley’s, and I got to see some fellow BU alum living in D.C. and Philly. We went to a Latin dance club in Northwest, and I must have danced for three hours. My legs are actually sore.

I might be biased, but D.C. is the best city in the world. I love the accessibility to Baltimore, Philly, Maryland, and Virginia. My mom, brother, and soon to be sister in law came down to Silver Spring to visit me and grab brunch. Just four stops on the metro, and I was in Maryland. I love how easy it is to get places and see other states with just a quick metro, bus, or Uber ride. If you ever find yourself in downtown Silver Spring, you have to stop at McGinty’s Pub House. Their hash browns were so good.

That’s all for now, it’s finally starting to get chilly down here, so I’m excited to see D.C. in the fall!

Posted by BloomsburgU at 2:15 PM