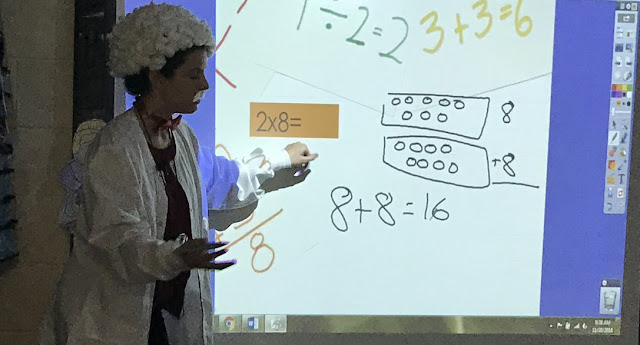 I, Carolann Green, have made it to my second placement. Now it’s just eight weeks and 19 third graders standing between me and graduation!

Let me tell you, they’re just such wonderful third graders! I have spent about four weeks with them now, and they are so great. If student teaching was supposed to help me determine what grade I wanted to teach after graduating it’s not helping! Although second graders and third graders are very different curriculum and behavior wise they are both just wholesome and pure ages to work with. 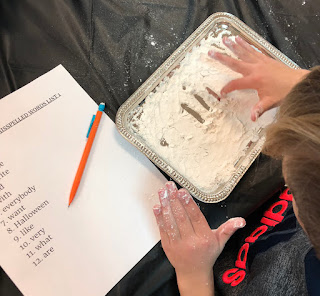 Anyways, these third graders really are just a great bunch of students. I know I keep repeating myself, but they deserve the praise! One student has gotten me into Harry Potter, and we discuss it every morning. Another tries to teach me how to floss — although I'm not very good at it — I get to see him laugh at my horrible dance moves!

Another student makes it a POINT to say good morning to me every morning. I want to cry! They are so amazing!

Also, I thought I learned a lot from my first co-op, but here I am with my third grade co-op and she also has so much to offer. She taught me this teaching strategy called whole brain teaching (it’s AMAZING, you must google it) that just gets the children so engaged by using motions and repetition.

I have my plate full with lesson planning and teaching too! I dressed up in a ridiculous Albert Einstein costume to kick off multiplication. I made a mess of the classroom having children trace their spelling words in flour, and I got to teach the children about some local history for social studies!

Posted by BloomsburgU at 1:03 PM No comments:

Something's different, just may be me? 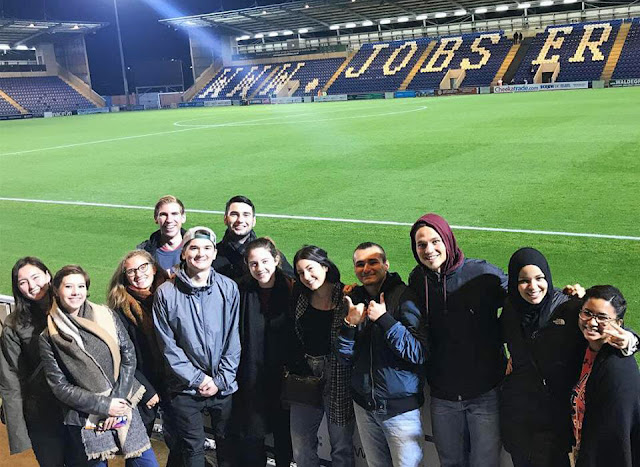 When I first stepped outside the airport into the English air I was … surprised.

It wasn’t what I expected. I expected to feel a significant difference that would mark the beginning of my adventure abroad. I was disappointed, but that was all soon forgotten as I took in the London streets as they swooshed by through my Uber window.

I told myself later on that it was silly to think the air would be different, and that didn’t take away from the fact London was beautiful and worthy of happy tears. Three weeks later, I’m walking home with my friends one evening and notice something; the air. 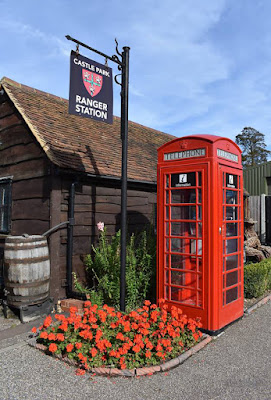 I’ve been in England for a little over a month now. Although it feels like I just got here, it also feels like I’ve been here forever. I’m still finding new things to ponder over, while I’m hanging out with people who can pass as lifelong friends.

I have learned so much about myself in such a short amount of time, it’s somewhat baffling. I’ve faced hardships that made me wish I could book a ticket home. I found out I actually really like coffee after years of believing I could only stand it in Frappe form. I’ve gained unconventional friendships and unfortunately lost some in the process.

And to my surprise, found what I believe I want to pursue after graduation.

I was so nervous to come abroad and leave everything I felt comfortable with behind, but I’m more thankful I did with every day that passes. I’m thankful I didn’t run home when things got difficult, because now I’m surrounded by amazing individuals and learning incredible things.

— Elayne Che, a junior psychology major, is studying abroad this fall at the University of Essex in Colchester, England. #HuskyAbroad #ProfessionalU

Posted by BloomsburgU at 11:22 AM No comments: