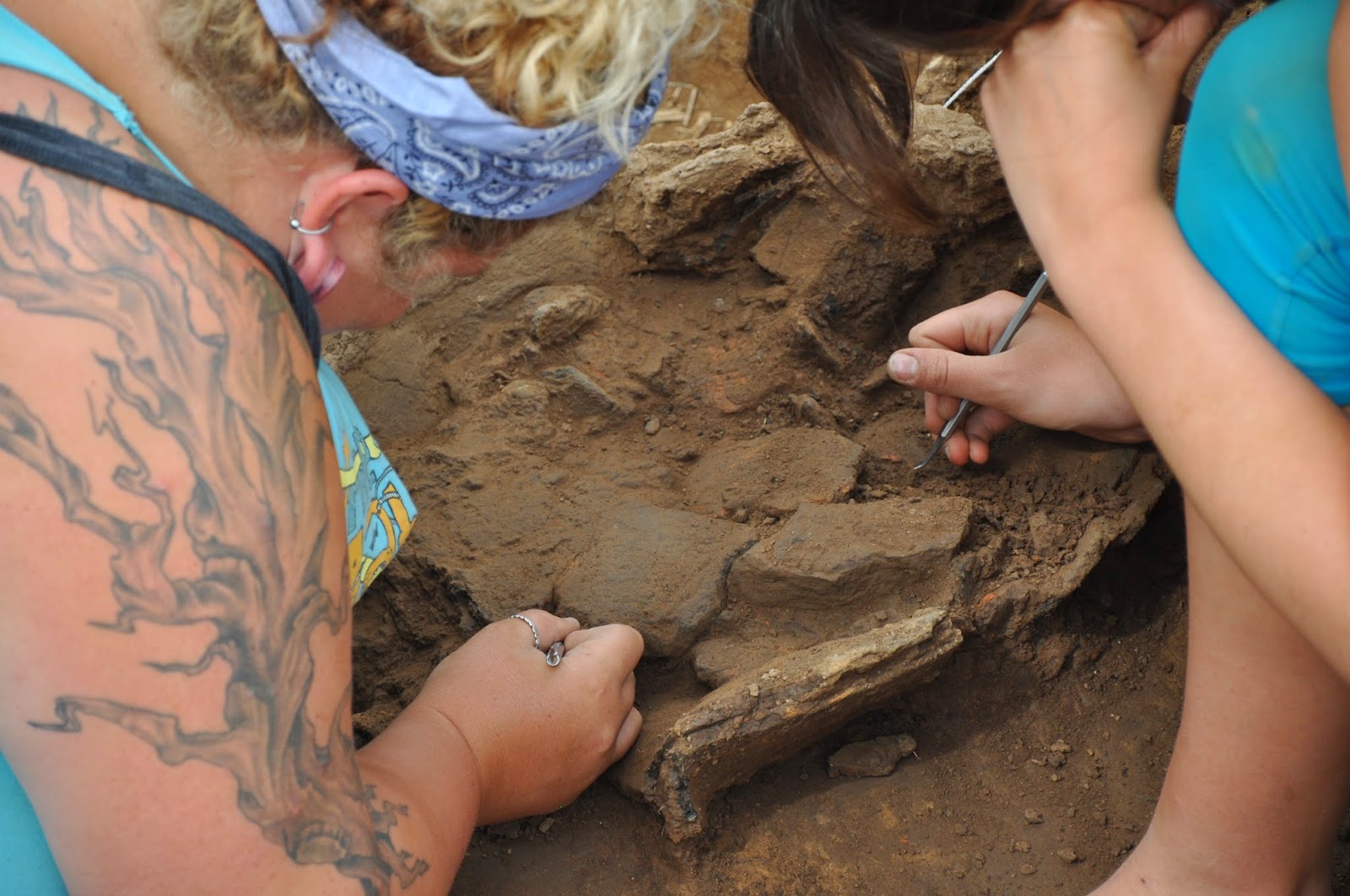 Lately at the Balthaser Home Site there have been some really exciting things happening with the feature I was working on (feature 14). About a week and a half ago we discovered a significant amount of pottery sticking out of the north wall of the south-west quarter of our feature.

When we were finally able to begin excavating the north-west quarter, we discovered that this pottery was so large, that Doc and Paco both think it to be one of the largest most complete pots ever found from the Hopewell during this time period.

At the same time we added two new people to our feature and began excavating the south-east quarter at the same time. In that area we discovered some more pieces of mica and some larger fragments of bone. 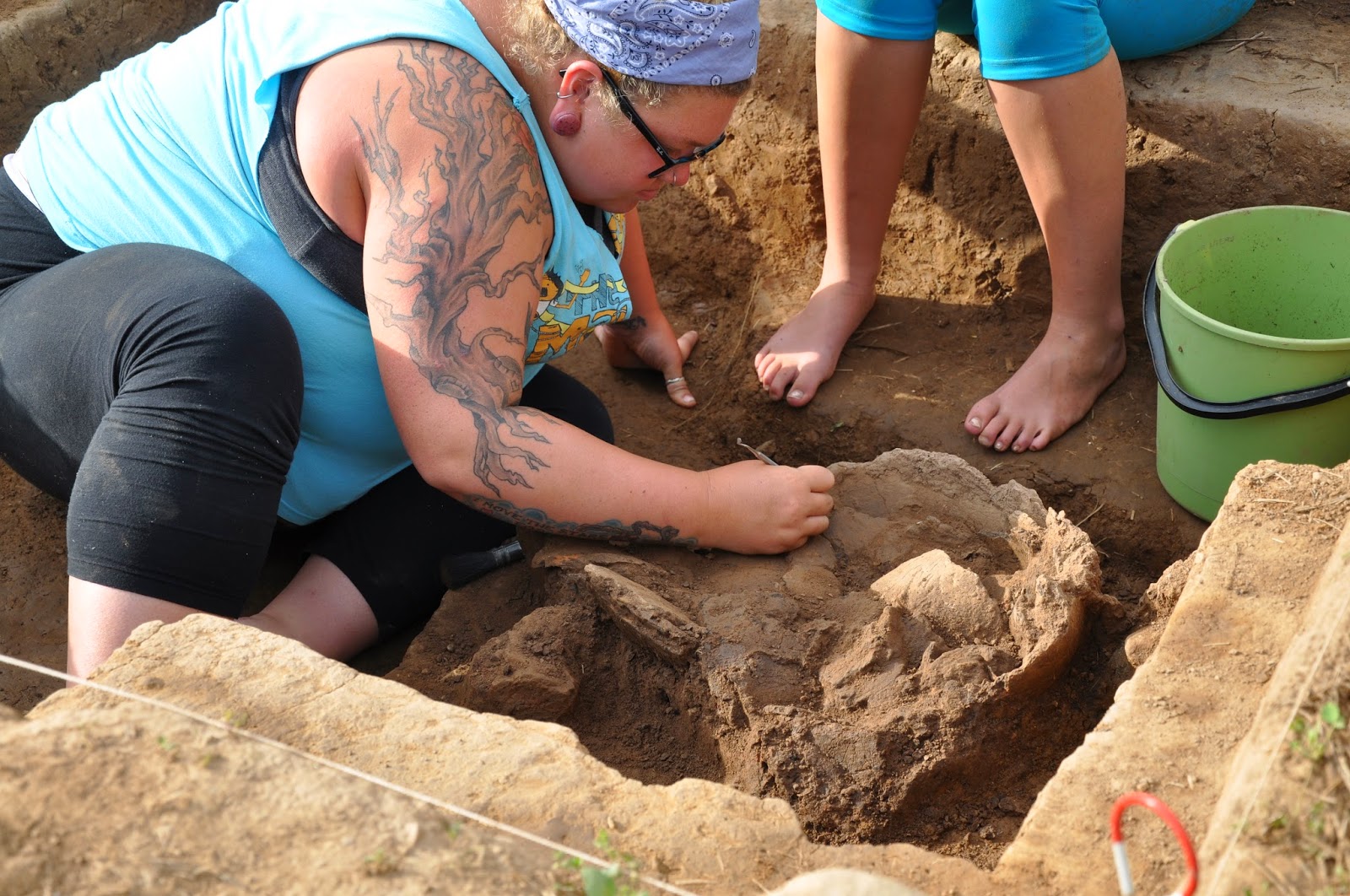 Finally with only 10 cm of Feature 14 in the north-west quarter left to expose it was time to get the pottery out of the ground. The morning of the extraction we learned that it was going to rain a mere 5 hours from the time of arriving at the site, which meant we had that amount of time to micro-excavate the pottery and remove it from the ground.

Two Geneseo Students and I working very closely, calmly and quickly to remove all pieces inside of the larger portion of the pot got the task done just in time before the rain. All together we took out over 70 pieces inside of the larger piece of pot! Towards the end we used the help of several other students, teaching-assistants, and professors to help extract the large portion from the feature. We were able to get everything done just minutes before the rain started to fall!

Today I was able to assist in the soil sample flotation of a bunch of different samples from all over the Balthaser Home Site. Fortunately I was able to also process some samples from feature 14. We were able to perform the wet lab outside at Mound City in Chillicothe, Ohio. In some of the feature 14 samples we were able to recover a lot of organic material, some pottery fragments, flakes, and even saw some flakes of mica!

The experience at mound city today gave me time to reflect upon myself and upon what I have been a part of for the last 18 days. Truly, I have solidified my passion in anthropology and I don’t think I would have had such an amazing experience at any other university or with any other professors leading the students to such great knowledge and giving us the tools to use to become truly successful one day.

I am so thankful to be a part of such an amazing archaeological dig!


— Stevie Spishock, is an anthropology major.