Hard work and plenty of dirt The site we are working at is in Ohio near Canal Winchester, called the Balthaser Home Site. The site is on land that is currently in use for farming, so this area is pretty rural. 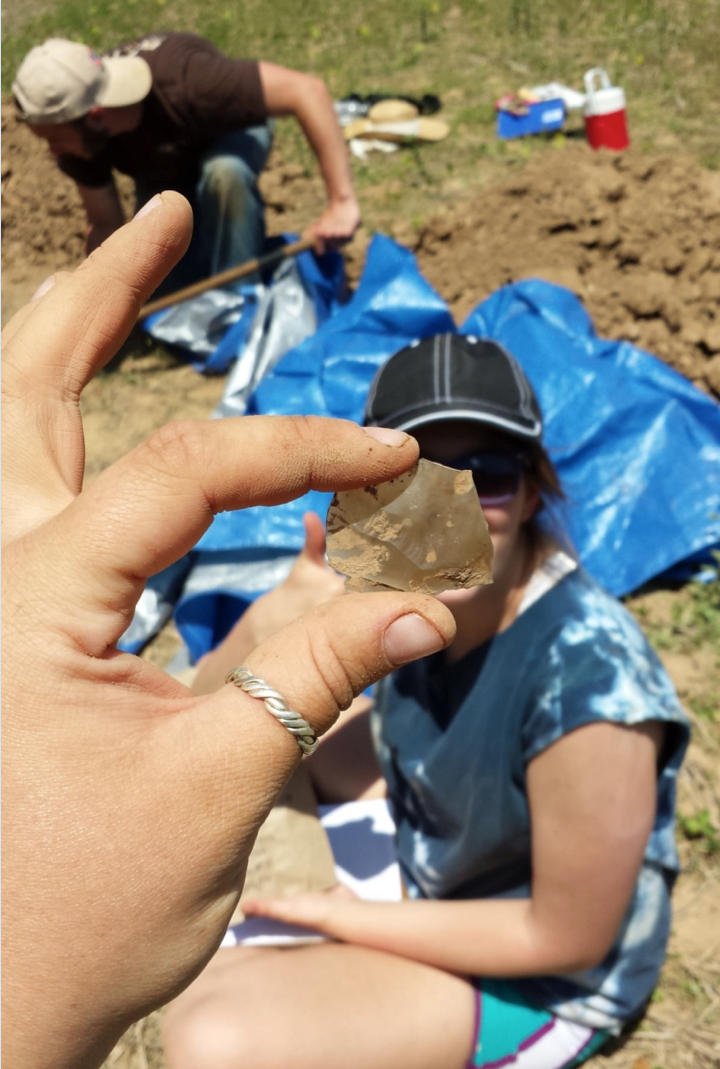 We are all living in tents at a local campground for a month. So far it is clear that some students are more cut-out for the tenting life than others. It seems to be a common thing between students that they do not really deal well with insects.

The First few days we spent digging test pits and learning some techniques for our archaeology. During this time it also became clear to some students that archaeology may not be as glamorous as they had once conceived.

The hard lesson also became clear that sunscreen is not optional when working in a field for 8 hours a day with no shade.

Currently I am in a group of three students and we are excavating Feature-14 of the Balthaser Home Site. It currently is a 2-by-2 meter pit divided into four quadrants. The first quadrant below the plow zone we began was the north-east quarter. In this section I and two team members, discovered mica.

The piece we found was relatively large and in good condition. Mica was typically used for ceremonial purposes. The next day we discovered some of the largest pottery that both my advisor and the Geneseo Professor had ever discovered or even seen in their careers.

So far archaeology is everything I thought it would be: hard work, and always being covered in dirt.


— Stevie Spishock, is an anthropology major.