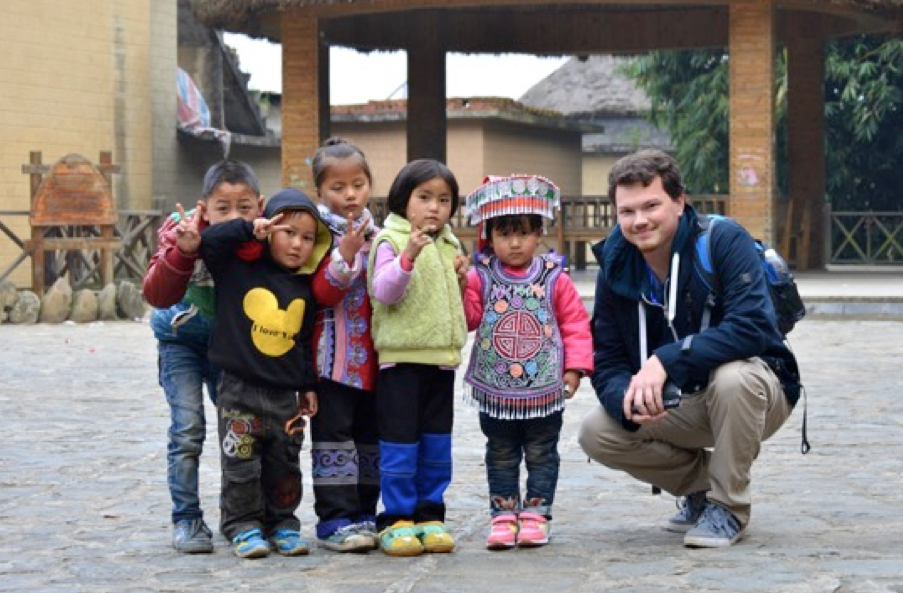 Our first day in China went by quick. After a short welcome we traveled to a city on the border of Vietnam. Hekuo seems to be a city that is mostly based on trade. We walked a long portion of the train tracks connecting Vietnam and the Chinese city of Hekou. The Chinese though seem to grow their food and maximize any land that is available. Making due with small gardens on hillsides or between buildings. 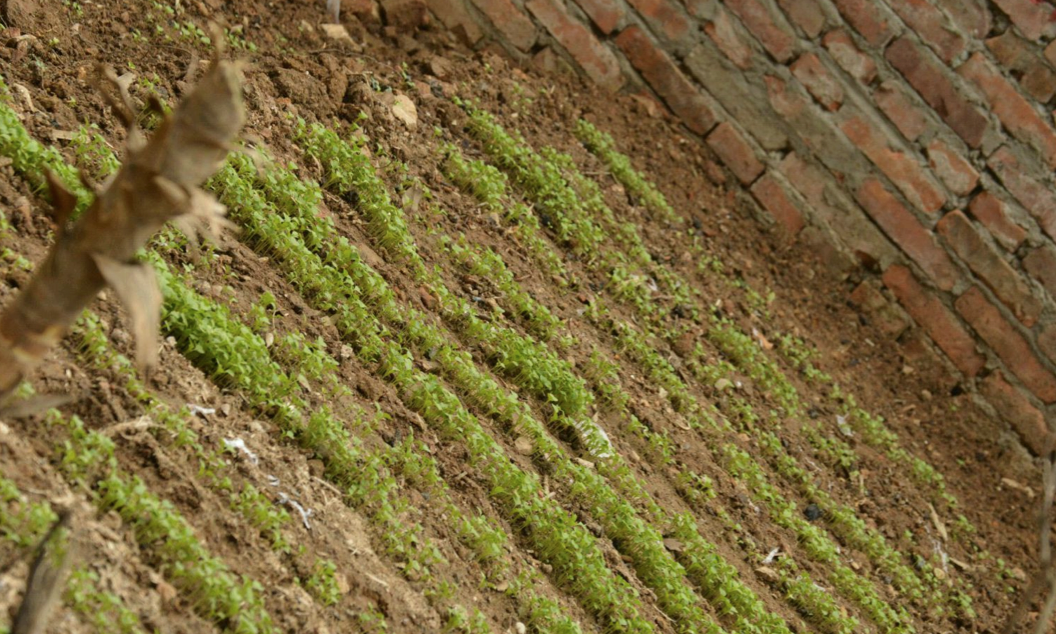 It's hard to tell if they use these plots for subsistence or trade. They don't seem as though they could produce enough of a crop from some of these to sell in trade but it is possible they have a large quantity of these small gardens spread out to produce a sufficient amount. I did observe a man preparing greens that were more than likely self grown but later in the day we visited a farmers market where the same greens could be purchased. If anything the people of this town work very hard to survive whether it be through trade or farming for consumption.

Today we visited an area called Yuanyang to see a minority village of Hani people and the famous terraced fields they grow rice on. As a drawing concentration in art studio I am always intrigued by the art I find in different locations. The art created by the people of the Yuanyang is amazing. The entire area is dependent on the terrace fields and the art represents this. What I found is many representations of the important animals to the people. The most important animal is the water buffalo because of its use in creating the patty fields. The image of the water buffalo finds it way into large and small portions of their statues and depictions.

One particular piece that I found on a large pillar at the top of the fields depicted two water buffalo with a vague human figure between them. This figure has its hands raised as if it is worshipping the water buffalo. With the water buffalo being an essential part of their production I am not surprised it makes so many appearances in their art. 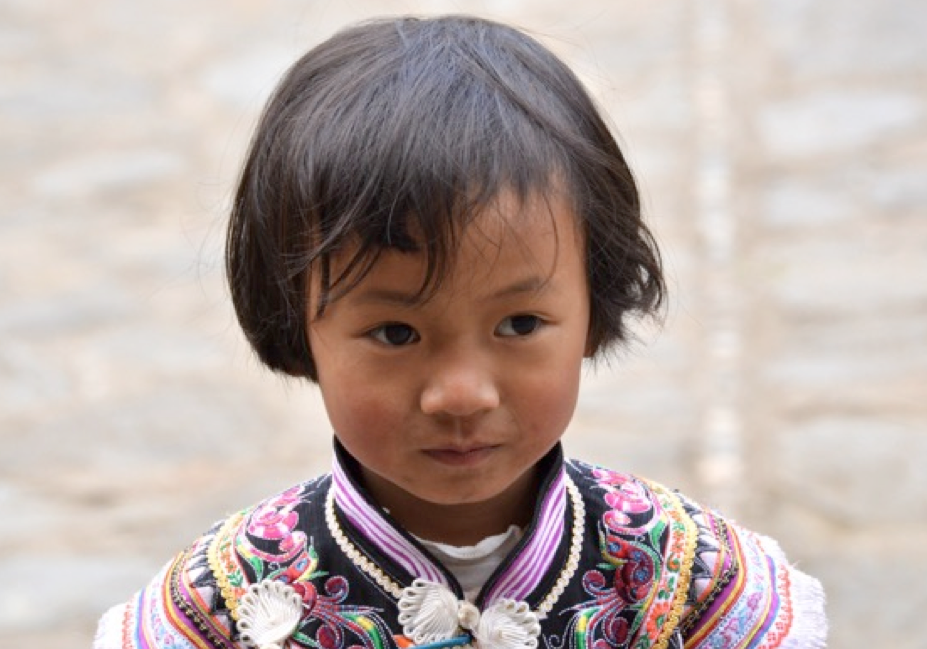 During our time in Yuanyang I found the Hani people's personalities very diverse. One of the things that would happen was if we took a picture of some of the people was that they would ask for money. I understand that it probably becomes a nuisance to have tourists gawking at you and I am happy to spare a few Yuan. Though, there were some more humble people and some that were a little greedy. I don't fault the greedy; they have a harsh life working the patty fields. While standing in their village center I found a lady that just stood to the side with her daughter, in full traditional clothing, and waited patiently. When I saw this I decided to offer a few Yuan so I could take a picture of her daughter.

She graciously accepted and I took the photo. Our guide offered to let me take a picture with her and I did. After the picture I offered the lady few more dollars as a token of gratitude, and she was gracious again. As I did this, another lady came over and reached for my money. I tried to back away but she kept coming and eventually snatched a ten yuan from my hand. That was the point where I put my money away and walked away. Ten Yuan is not very much, only about 1.5 U.S. dollars, so I was not worried about the money. I was just surprised at how greedy the lady was and how polar opposite the first woman was. Outside of this one thing the time in the Hani village was enjoyable. 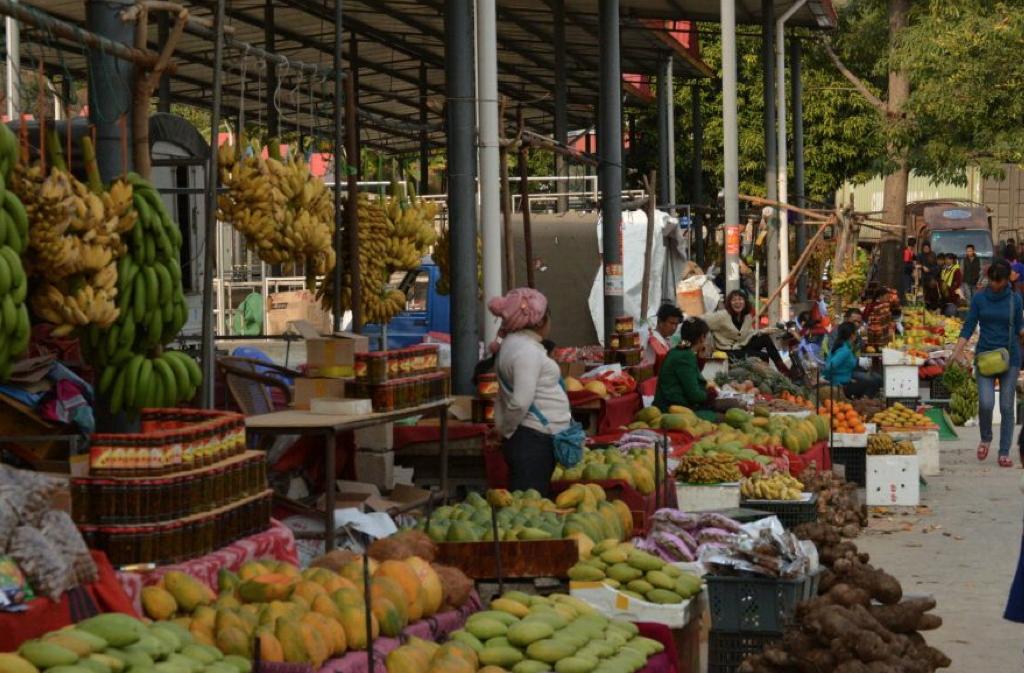 During our time in Mengzi we had a surprise stop at a fruit market. Our guide decided to purchase a couple things to try, as did Dr. Luo. We tried a Chinese version of grapefruit that I really enjoyed. It was more yellow than our American grapefruit and the interior was a clear yellow-white. Unlike American grapefruit it had a natural sweetness the required no addition of sugar. It made it very delicious. We also tried tamarind, which are a nut like food where you eat the gooey stuff between the shell and the nut. It was super sweet but had a strange after taste I didn't enjoy.

Next was pineapple, I was wary because I don't enjoy pineapple in the states. To my surprise though the pineapple was milder than it is in the states and I enjoyed it. The last on the list was jackfruit. It is a large fruit maybe slightly smaller than a watermelon. Cutting up Jack Fruit seemed like a terribly long process and labor intensive. We waited about twenty minutes until the locals finished. The fruit it self has the strangest texture I have ever tried, muscle like on the outside and soft on the inside. The taste was a strange sweetness as well and was interesting.

We took a walk around a park today that was located in Mengzi. The diversity of conditions in the city astounds me. This park is well maintained and beautiful but if you walk one block from it you find impoverished homes. You see similar things in our cities but our government will condemn a house if it unsuitable for living. 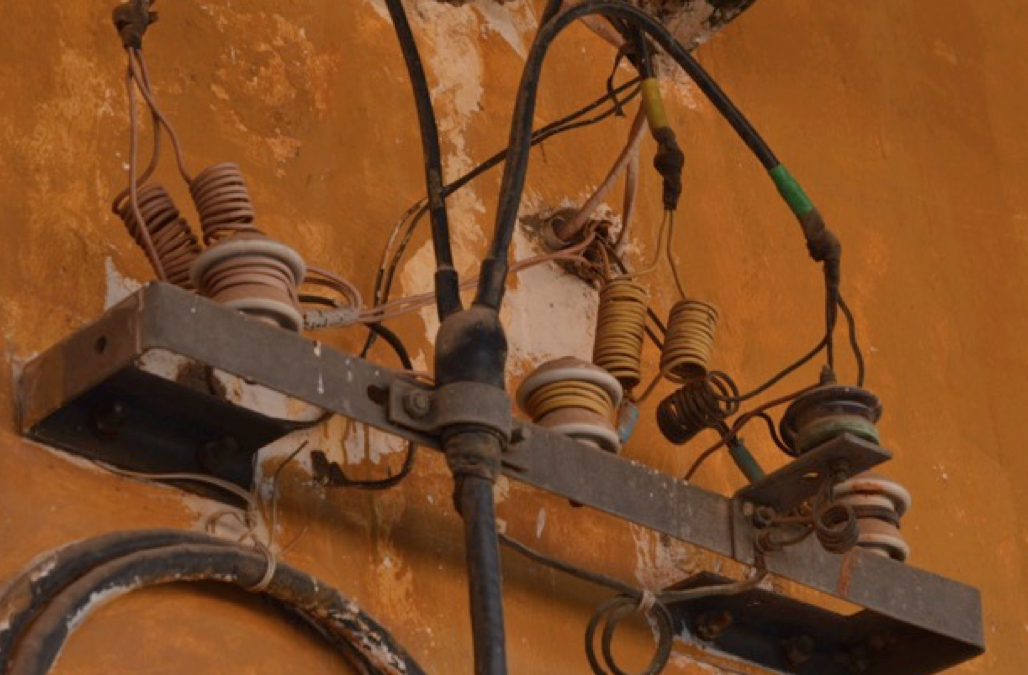 With roofs that looks as though they would leak with the slightest amount of rain and missing windows the buildings are in shambles. They are not quite as bad as what I saw in the rural areas though. Some of the rural ones looked as though they were ruins. Urbanization is great for the economy but I feel as though the older generations suffer in the initial move.

In Mengzi there is former railway station that was established by the French. No longer functioning it stands as a historical location. The station itself is not what intrigued me most, it was more the way the electrical wiring was openly visible. The States we tend to hide our wiring in boxes to keep them from being exposed and dangerous. The wires at the former French railway station were completely exposed and could have been a potential hazard. This wiring is from a different era where safety guidelines were less strict. I am curious if the lines are still hot or were shutdown when the station was shutdown. The tracks themselves looked as though they were still used, so there may be some electricity running.

Led by Vera Viditz-Ward, professor of art and art history, and Jing Luo, Ph.D., professor of languages and cultures, a group of Bloomsburg University students spent three weeks in China studying language, culture and photography. The group, hosted by Yunnan Normal University, traveled to Kunming, Hekou, Yuanyuang, Mengzi, Dali, and Lijiang, where they had close contact with a variety of ethnic groups and learned about their lives and cultures.