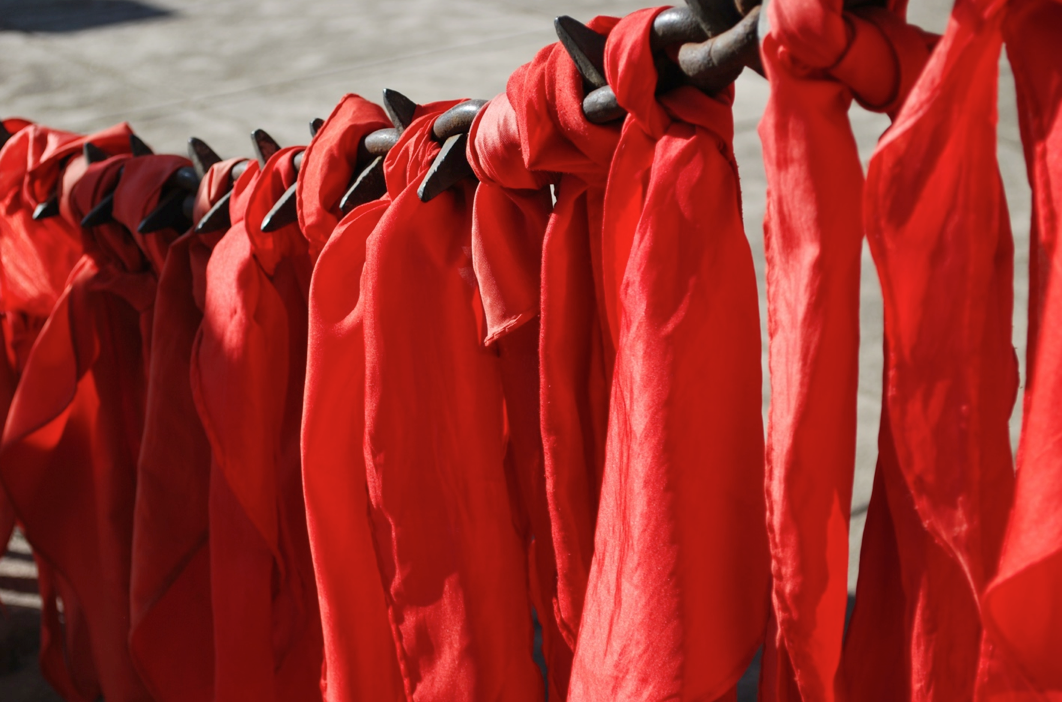 I have found myself incredibly fascinated by the traffic here in China. There are a number of elements that pique my interest. The first of these is the diversity of the traffic. Here in Hekou, most of the diversity is in the various two-wheeled vehicles people use to travel around. There are very nice, pristine, and personalized mopeds, beat-up dirt bikes, bicycles with carts attached to the back, and all sorts of old mopeds. These vehicles seem to allow you to drive wherever you want, as they weave through the streets and even on the sidewalks. There is no discernible organized parking, and people seem to leave their mopeds—or what have you—wherever they please. 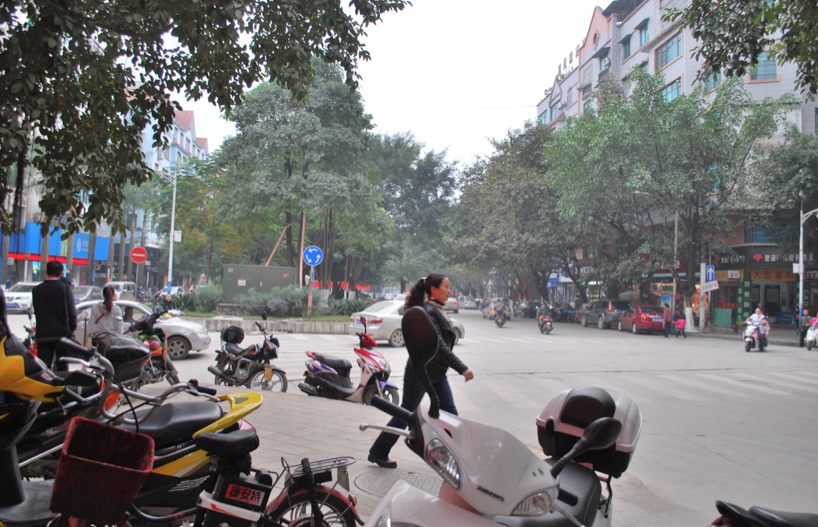 The same general rules seem to apply to cars—there is no specified parking locations, and the cars simply drive through the streets, honking at people and smaller vehicles in their way. These cars have an even larger diversity than the two-wheeled vehicles. I’ve seen all sorts of brands, like BMW, Toyota, even some Fords and Jeeps. They are mingled with small and large vans that appear to be unique to China, and there are a few large cargo trucks that have a militaristic air to them mixed in as well.

I’ve noted no speed limit signs, though it is possible I haven’t recognized them, as they are most likely in Chinese. People walk into the streets wherever they please. In Kunming, I saw a woman standing in the middle of traffic waiting to pass through each lane. On our journey from Kunming to Hekou, I noticed a few vehicles that were sitting idle in the middle of the highway. I can only assume they broke down, and I suppose rather than moving the car off to the side, people just get out and walk away. For all of this chaos, I have not noted any road-rage. Nobody seems angry at anybody else for getting in their way, perhaps because there are no rules to follow and therefore no rules to break. The bustle of the streets sounds exactly New York City, save for the sound of police sirens. If anyone in China ever gets a ticket, I can’t imagine what it would be for.

I have an incredible respect for the Hani people, and everyone who lives like them. Their existence is so simple and natural. The little old women working in the fields and carrying things around on their backs were so solid. Watching them, and the men herd the water buffalo and the pack mules through the village, was like standing at a still point in time. 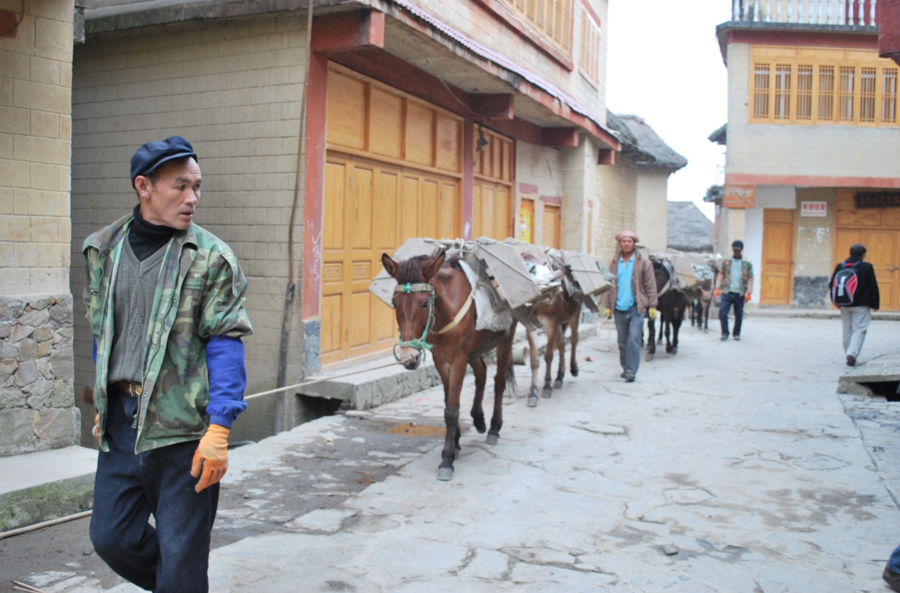 While the village did posses plenty of modern amenities, the people still worked the land to live, using simply tools and methods, as they would have hundreds of years ago. China, so far, has impressed me with its beautiful coexistence of past and present. It’s not something we see in America, as the present is consumed the past.

First of all, Happy New Year! I never imagined I would fulfill one of my new year’s resolutions, to do more exciting things, on New Years. Anyway, I’ve been really interested in the way all of the people we’ve seen in this country dress. There are the Hani people, of course, who wear those beautifully embroidered traditional clothes. Even the more reserved clothes that are one solid color dot the terraced fields and decaying buildings like ornamentation. However, their clothing is not what I have found the most fascinating.

On our drives, we pass through a lot of small towns or clusters of buildings that are very dirty and rundown. In them, I have noticed a lot of women dressed as if they belonged in New York City. They are often in high heels and fashionable jackets, and honestly look more stylish than I do most of the time (regrettably, I do not have any photos of this). I was talking with a few of my comrades, and they suggested that perhaps the single women do it to attract men. This would make sense, as all of the women I have seen dressed this way are young, while many of the older women are wearing simpler, average clothing. 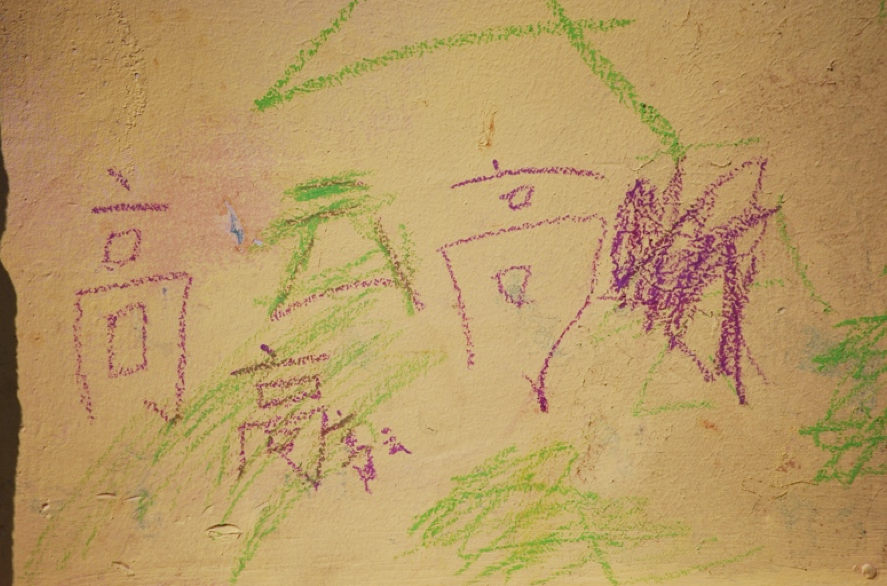 I’ve seen some really cool graffiti here in China. It’s funny to see people carving the Chinese symbols into trees and stuff like we carve our initials. One type of graffiti I’ve seen a lot of is crayon children’s drawings. This is probably my favorite type of graffiti to see because it’s not something seen in America. I’ve noticed that the children are often running around free-range with each other, up and down the streets with no worries. I even saw a child crossing the street by herself yesterday.

In America, children aren’t really allowed to do that anymore; they’re very sheltered and their parents are always watching them. Although, it is mostly in the small villages that I see the children running around unsupervised, which I imagine is due to the likelihood that everyone knows each other in the smaller villages. This child-like graffiti is evidence of the independence these children have on their little streets. (As a side note, it is entirely possible that I am mistaken, and that these are not children’s scribbles, but the scribbles of someone who is not very skilled at drawing. Either way, the point stands: the children in this country appear to have a lot more freedom in playing than American children)

I continue to be blown away by the intensity and diversity of the colors in this country. I’ve already written about the beautiful colors in the clothing of the Hani people, and the same intensity that exists there exists all over the place. Looking down the street, one is met with bits of striking color. One thing I have noticed is the presence of bright red ribbons tied to different places. I have seen a few tied to tree branches, a couple on the front of a car, and they surround the entire memorial site of the founders of the University in Kunming. 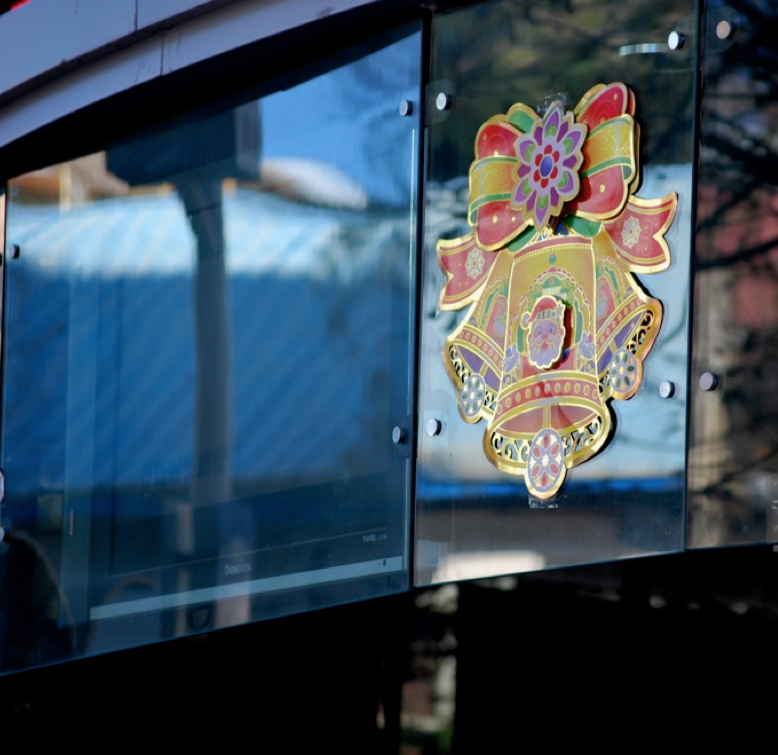 This last piece of information leads me to believe that perhaps the red is symbolic of loss or memory. Perhaps the ribbons in the trees symbolize a location where someone died, and the ribbon on the car is in memory of someone. Since red is also the color of the Chinese flag, it could symbolize some kind of nationality. I’m not able to research any of this on the Internet, so I will have to clarifying my suspicions with someone who knows the culture. For now, however, I find it exciting to speculate the meaning of things based on observing them in context.

When I took anthropology my freshman year, I learned about the affinity that the Chinese have for Christian traditions. The article I read back then was about how they like the have all of the ceremony associated with Christian weddings. They even fly over Americans to act as priests, many of them not being priests themselves. I noticed evidence for this on the flight here, as there was and advertisement that came before the movies of a bride and groom dresses in the tradition white wedding gown and black tuxedo.

As I have been in China, I have noticed a lot of Christmas decorations. There are Santa Clauses, Christmas trees, even a sign that said "Feliz Navidad." We were told later that the Chinese celebrate a non-religious Christmas that is essentially a time for people to party and have fun. I find it very interesting how they have incorporated an element of our culture into theirs, but have modified it to make it fit into their beliefs.

Led by Vera Viditz-Ward, professor of art and art history, and Jing Luo, Ph.D., professor of languages and cultures, a group of Bloomsburg University students spent three weeks in China studying language, culture and photography. The group, hosted by Yunnan Normal University, traveled to Kunming, Hekou, Yuanyuang, Mengzi, Dali, and Lijiang, where they had close contact with a variety of ethnic groups and learned about their lives and cultures.

Posted by BloomsburgU at 8:39 AM