How fate landed me the perfect roommate


When I look back at the summer going into my freshman year, the first thing I think about was waiting to find out who my roommate was going to be.

Like most of you, I have never had to share a room or living space before, let alone share it with a complete stranger. I am actually the youngest of three, and the only girl, so the idea of having to share my space with another girl was completely foreign to me.

You have two options when it comes to roommates:
I went with the second option.

I know that some freshmen are hesitant because of the rumors they hear, or horror stories online of psycho roommates. To be honest, those stories are few and far between. I have to tell you though, deciding to have a random roommate was one of the best decisions I could have made.

Here is the story of my freshman year.

It's kind of ironic, actually 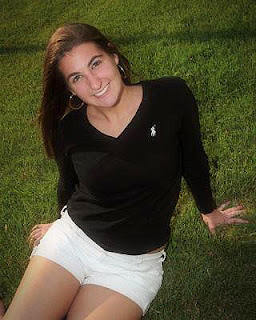 My roommate friended me on Facebook (remember this was three years ago!) and we started talking over FB messenger, and then eventually started texting.

The process is a little like the first stage of dating — you get to know each other by asking basic questions, trying to get a feel for their personality, hobbies, interests, where they're from. You move on to the important stuff, the roommate stuff — do they like the room hot or cold, do they go to bed early or stay up late, do they like going to the gym, are they into the party scene.

My roommate was a summer freshman, which was cool because she was already familiar with campus, knew the shortcuts or different ways to go to class, had her own group of friends, and knew what to bring for the room.

The reason I say that my story is ironic, because I think part of the reason I chose to have a random roommate was to branch out and new people, which is exactly what had ended up happening.


I met a girl who was the same major as me and we immediately connected and started talking. Little did I know that when she would message me on Facebook months later, the day we moved into the dorms, our rooms were a few doors down from each other. On that same day we went around the hall, meeting our neighbors and the people who would soon become our best friends.

There was a group of about 10 of us that were really close. My favorite part about being so close to them was the atmosphere in the hall. We all kept our doors open and bounced around from one room to another when the boys got rowdy or we just wanted to go somewhere else.

Each of us had our rooms set up so differently that we kind of used them for different purposes. The boys next to me had the perfect set up for a movie room — there were tons of bean bags and fold up chairs. The girls down the hall had a really open room so that was a fun hang out room.

What you will find is your own way, and your own wings to connect with others. Each person has their preference of random roommates versus chosen roommates.

Fast forward to this fall


I will move into my first ever apartment with six of my friends, and guess who my neighbors are? Some of my neighbors and best friends from freshman year. Talk about ironic.