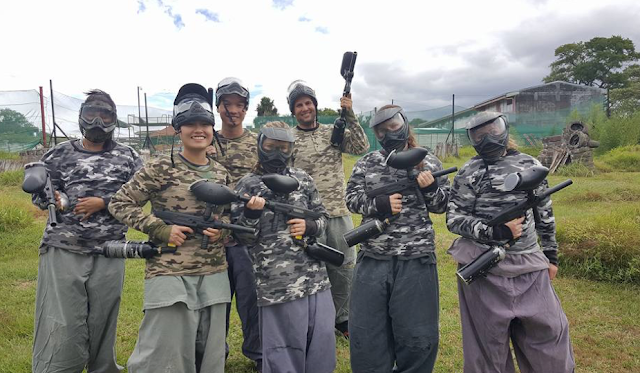 
Today is New Year’s Eve, however nothing is really different in our town. A few of us wanted to try something new today, so we decided on Paintball! I was terrified of getting hurt. Anyway, it was kind of fun, and I didn’t get shot! After playing paintball, we walked the town of Heredia. We found this cute little shop where I bought a ton of souvenirs for my family and myself.

After shopping, Alyssa and I stopped at Taco Bell; surprisingly, the food was really good and actually tasted better than the US version of Taco Bell. After eating, Alyssa and I walked approximately 1.5 miles away. So I definitely got my exercise in for the day. After Mama Tica gets home from mass, we are going over to her daughters. Then, we might go over to our friend Anh’s house for a party!

Some more cultural aspects: As I was walking today, I noticed that a lot of the streets didn’t have road names or signs, so it was kind of difficult to get around without using Google Maps.

Another thing I noticed today and have learned about Spanish-related cultures: Ticos don’t care about time. We were supposed to go paint-balling at 10, but they didn’t even pick us up until 11! 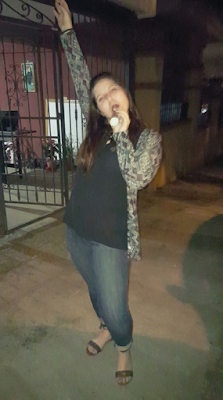 We ended up going over to Mama Tica’s daughter’s house and staying there until 1:30 a.m. It was so much fun getting to meet her family. They were so welcoming. We ate dinner around 10 p.m. which is the latest I have ever eaten dinner, but it was delicious. We had chicken and beef tortillas. Today, we are going back over for lunch.

We ended up staying at Mama Tica’s, and her daughters and granddaughters came over. We ate a lot of meat, drank some wine, and talked. It was a nice day to just relax after getting home so late last night. After eating, I got together with Alison, and we did our group project.

It was kind of weird to not eat pork and sauerkraut today, but I wouldn’t change it for anything!


It has been one week already in Costa Rica! We didn’t do too much today. However, I did take my first Uber with a few friends to San Jose. While in San Jose, we toured an artisan market. It was pretty neat to see all the things that the ticans make.

Cultural aspects: I have noticed lately, the traffic lights are different. Rather than a solid green light, they have arrows addressing the ways the car is allowed to go. Also, before a light turns yellow then red, the green light will blink a few times, warning the drivers that they should speed up to make the light (just kidding).

Another thing that is a little bizarre, is the solicitation of cars to sell items in the middle of the street (I wonder how many people have died trying to do that). It is super dangerous because the drivers are crazy!


I am finally beginning to understand what La Profe is saying in class! Minor victory. Anyway, we aren’t doing much today because we have such a heavily filled week of activities to come. However, Amy and I made a cute little gift for Mama Tica. We will be giving it to her upon our departure. As of now, I am trying to begin studying for the final next week. Hopefully, I will get to participate in a Zumba class tonight! 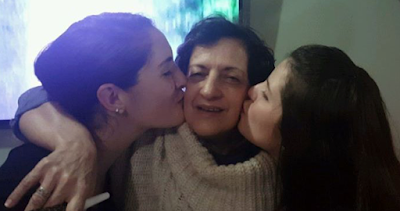 Mama Tica is seriously one of the best people I have ever met. She is so full of heart and soul. She is always telling us to love ourselves no matter what anyone else things.

At dinner almost every night, we sit around the table just talking about life in general. This woman is so philosophical. She loves life. It is a great energy to feel and to have passed onto us. She actually just sent me a video as I was beginning to write this post.

It was one of those videos where a person takes a glass and puts an object like golf balls in it and asks if it is full, and everyone usually responds with a yes. Then the person continues to fill the jar with pebbles, sand, and a liquid. This all represents life. The big items represent the things closest to you (i.e. friends, family, career), and all the smaller objects are things that can weigh you down if you dwell on them. You wouldn’t fill the bottle with sand first because nothing else would fit. I am learning so many great life philosophies from Mama Tica. LOVE LIFE, PURA VIDA!