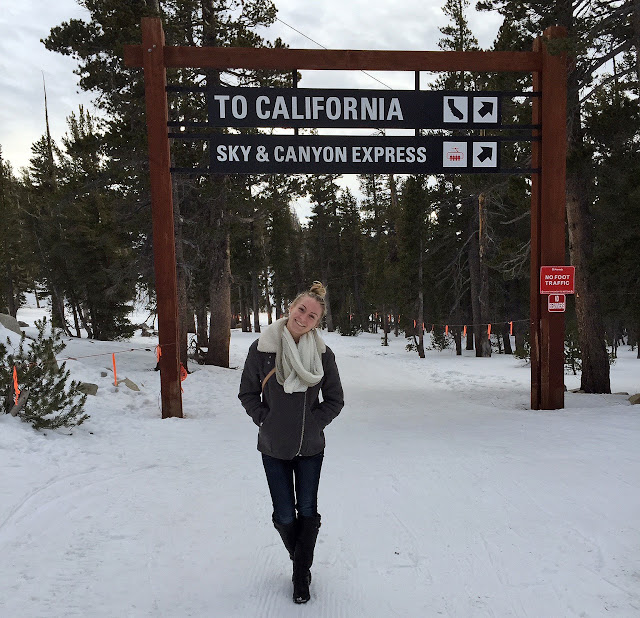 “Why did you come here?”

It’s always the first question I get when I tell people I’m from California. If I was paid a dollar for every time I was asked that, I could pay for a new student union building.

I’m from the City of Trees in Northern California, so before you even start to wonder here are some answers. No, I don’t surf; the closest beach is actually two hours away. No, unfortunately I don’t know see celebrities on a regular basis.

And for all you future Donald Trumps and Hilary Clintons out there, we’re not all democrats. You don’t cross the border into California and get handed a Prius to be environmentally friendly. Ironically enough, I do drive a Prius and I am a Democrat, but my Prius is from Pennsylvania and my town is mainly republican. 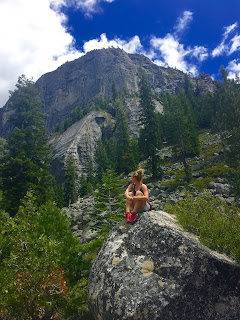 Sometimes, I like to have fun when people ask why I came to BU. I tell people things like, “I took a wrong turn on the way to Hollywood,” or “I threw a dart at a map and it hit Bloomsburg.” But, as you can imagine, I have no interest in sitting in three hours of LA traffic and I’m awful at darts, so neither are true.

It’s funny though because even though California is on the other side of the county, I’m not the only student to get that question on a regular basis. International and other out-of-state students are just as familiar with the big “why” question too. Whether you’re from Delaware, New Jersey, Maryland, New York, Brazil, or Spain you’ve had at least one person look at you and go, “but, why?”

But on a real note, every student who comes to Bloomsburg from “far away” has his or her own fears. I’m not saying that people who come from nearby don’t have any worries at all; I’m not that ignorant or oblivious. But it’s a whole new ballgame when you decide to go to school where going home for the day really isn’t an option, and if it is, it’s a hike.

I’m sure my fears coming into my first year at Bloomsburg are the same as many other college students. Whether it was about making friends, getting along with my roommate, trying to figure where the hell my classroom in McCormick was, or just figuring out what to eat at Husky, I was stressed.

And to make matters even more stressful for a lonely, lanyard wearing, little freshman, driving home on the weekends or even during the week to see my family wasn’t an option.

But after two weeks of wandering McCormick, resident hall meetings, and late night buffalo chicken pizza, I was happy as a clam. I even felt bad for the students that went home every weekend because they were missing out on the personality BU students have to offer once classes finish on Friday. I could no longer run and hide to my parents when life got tough, instead I put on some gangster rap music, told myself I was strong independent woman, and pushed through it.

Now I’m not saying there weren’t any crying phone calls to my mom begging her to put my dogs on Facetime. I’m saying as scary as it is to say that I live three thousand miles away, it made me into a person that I only dreamt of being before. I branched out, kept my door open when I lived in the resident halls, yelled hi to people as they walked past, and I made an effort.

One opportunity that really helped me become more of an extrovert was applying to be an Orientation Workshop Leader. As an incoming first year or transfer, you’ll meet these people that don’t stop smiling, occasionally scream chants in your ears, and know every answer about BU that you really didn’t care to know. I met my first friend and an OWL and by applying to be one, I’ll have lasting friendships for the rest of my life.

I’ve been involved on campus in other areas too, but OWLs are students basically universal to all and when you come to visit BU for and Open House or Welcome Weekend, take advantage of these lunatics screaming and waving Pompoms. All in all, being an out-of-state student isn’t as scary as it sounds and you’re not as crazy as people think you are for leaving your state or country behind. It’s an opportunity to experience college without any strings attached and learn for yourself, who you want to be.

Posted by BloomsburgU at 5:55 AM No comments: 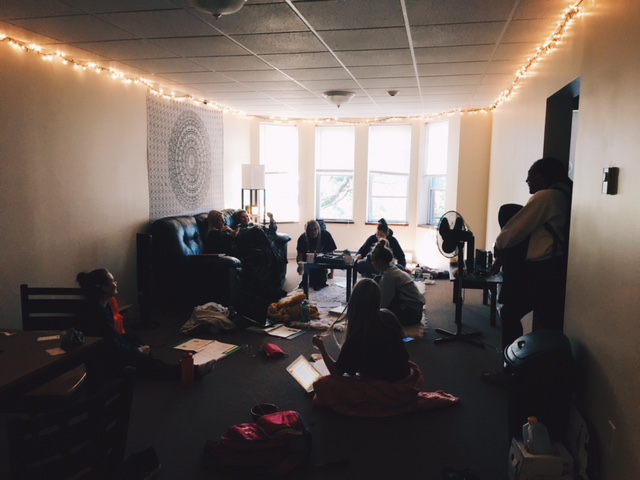 Winter break is a strange chapter in every college student’s career.

We take a sudden break in the life we just spent three months adjusting to. It’s like we finally get into our routine, the game, and then we are forced to take a half time. We look forward to seeing our families, but at the same time we feel sad about the family we’re leaving behind in Bloomsburg.

As a junior, I’ve gone through these hellos and goodbyes for two summers and three winters. I can tell you this as a fact, it never gets easier. Bloomsburg has become my home away from home and I have all of my friends and roommates to thank for that. 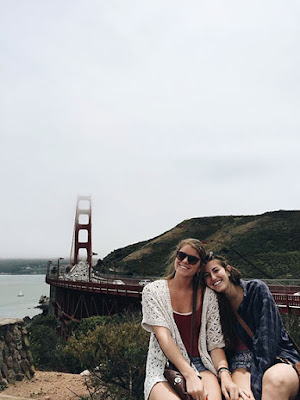 Everyone has their stories about their freshman year and sadly a lot of them end in friends drifting or going their own ways. For me, the exact opposite occurred. My four roommates are all people I met during my freshman year while living in the residence hall. My other three best friends also all live together and are from my floor in Elwell.

We are all in constant touch and see each other whenever we have a free moment. I’m not sure if fate is a real thing, but sometimes I like to believe these people were brought into my life as soon as possible, to stop anymore lost time. I’ve also gained a lot of amazing friendships during my years. How many people get to say they’ve gained more positive relationships then they have lost?

I like to tell her that when her and her husband get married, I will be living in their basement and babysitting their kids. She promised to make her kids call me “Aunt Megan.” I am still amazed that I’ve only known these people for three years. Even when we met freshman year, I would wonder how it seems like I’ve known them forever. I feel as if this thought is common amongst a large portion of new college students, or at least I hope it is.

As we return from the winter break that seems as if it lasted months, we get back into the game. We all pull up to the apartment one by one and call each other to let them know we are here. Giddy squeals and hugs are sure to follow and then come the stories that we have been dying to hear about in person while we were forced to separate for five weeks. No details are ever held back and a million personal questions are asked. We all start to redevelop the strange talk and mannerisms we each took with us when we left. The catch is right when you get back into the swing of things, summer knocks on the door.

Posted by BloomsburgU at 12:15 PM No comments: