Am I career ready? 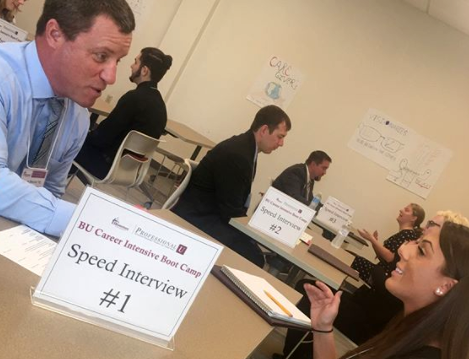 Okay I’ll start off with a quick story about girl that was entering her senior year of college and by a sick twist of fate was forced to change her major,….AGAIN. Yes folks, she was entering into her fourth year of school and on to her third major and not by her choice this time. If you have not already guessed this mystery girl is me!

Summer 2016 I was officially without a major and for the first time in my college career completely directionless. With some research I decided to become a communications studies major with a track in leadership and public advocacy.

Going into the major kicking and screaming if I may add. I had no idea what comm stud majors did and what they had to offer, all I knew it would get me out of school the fastest so I signed up. Disclaimer, this is not one of those Cinderella stories about how I fell in love with my major and lived happily ever after. Even though that is literally what happened. This is about the journey that helped me realize that is major is where I belong and who/what helped me get to that “ahh” moment.


Because I had no idea what I could do with my major, I decided to visit the Center for Professional Development and Career Experience (CPDCE) where I learned about the Career Intensive Boot Camp. If you do not know what the boot camp is, it is a weekend where juniors and seniors participate in workshops all about professional development. 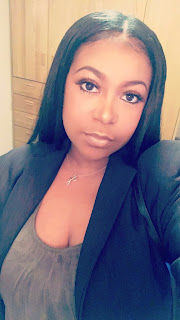 I got the opportunity to network with alumni, get my resume reviewed, and go through mock interviews throughout the weekend. One of my personal favorite sessions was the etiquette dinner at Monty’s, where I enjoyed a four-course meal with a straight posture and fancy new (proper) dining etiquette.

What was most impactful throughout the experience was talking to some of the alumni who had such an interest in listening to my dreams and goals. I mean really listened, took their time out of the day to speak with me and guide me on how to make them into a reality.

Encouraged me to stick with my major and challenged me to see how my department could befit me. I had some of the most meaningful conversations that weekend that inspired me to have a new outlook on my situation and communication studies.

Since then, I have stayed connected with many people I met that weekend. Now a regular in Center for Professional Development and Career Experience. I go to workshops throughout the semester and learn some great tips about handling life after graduation.

I am now in my last semester of college, last…semester…of undergrad! The time has flown by and I am excited to see where my life takes me. Join me as I explore what the CPDCE workshops, guest and events to help me prepare for the ever so daunting adult life ahead.

Posted by BloomsburgU at 9:31 AM No comments:

In the shadow of Kearsarge

You’ve heard those words before. Whether you’re reading this as a grad student or an undergrad student, or not even a student at all, I’m sure you’ve been told this before. You may have even given this advice to someone—If you have, I say to you: Thank you! 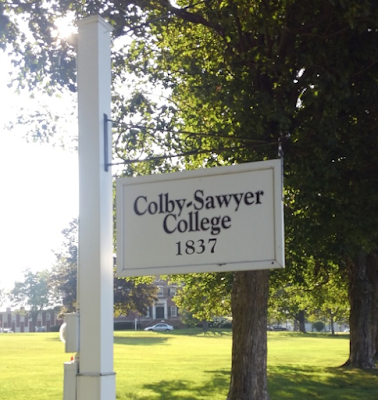 For the first time, this summer, I took that advice with regard to my higher ed career by accepting an internship for Bloomsburg University's College Student Affairs program at a tiny private college in the middle of nowhere New Hampshire, working in institutional research and strategic planning with the president there, areas with which I was geographically and professionally unfamiliar.

As it turned out, this proved to be one of the most powerful professional development experiences I’ve ever had. I’ve taken to calling it my “North Star Experience” because, while I learned a great deal from the people that I met there and the work that I did, my time there confirmed many things about my career path.

It affirmed my desire to work at small, private, liberal arts institutions, especially if they are located in somewhat rural areas with ample outdoor recreation opportunities (more on that later), and also my goal to eventually shift my professional trajectory from purely student affairs to the broader world of higher education administration.

A little bit about the place: Colby-Sawyer is a small (~1,100 students), private college in a very small, idyllic, quintessential New England town in the middle of vacationland New Hampshire, overlooked by the prominent Mt. Kearsarge. The College has captured what they call their “sense of place,” which is their identity as an institution, evident in their commitment to sustainability and respect for nature and to providing a multidisciplinary, experiential education to their students. 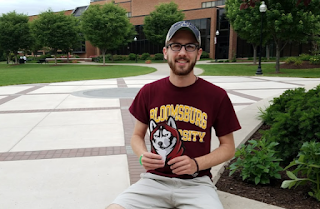 What really sold me on the place, however, was the people. From the president and senior leadership team to the students, everyone I met and spoke to was welcoming and possessed an inherent happiness, an excitement about they’re doing, and above all, hope for the institution. This is a place that has fallen on hard financial times in recent years and has responded with confidence, hope, and innovation.

If you have the opportunity to take the advice as stated in the beginning, do it. If you don’t have the opportunity, ask. My experience in New Hampshire happened because I had met the president when she worked in a different role at my undergraduate institution. I reached out to her last winter and asked if she would provide me with an internship opportunity. We all have a professional network, large or small, and it can be uncomfortable to utilize it and ask things of people. My advice: Get over that; ask anyway. As a grad student, you have the time and the ability, so take the opportunity.

Take a risk. Get a little bit uncomfortable. It’s worth it.

Posted by BloomsburgU at 1:02 PM No comments:

Getting out of your comfort zone 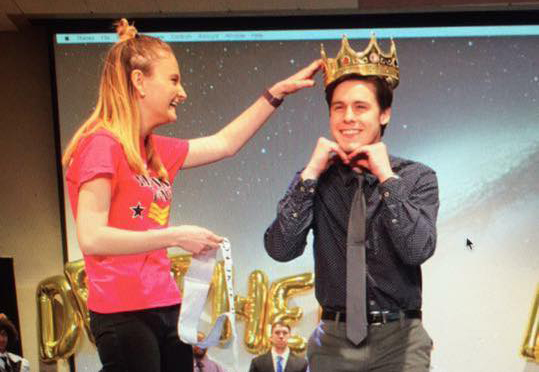 Growing up, I attended thirteen years of small, Catholic schools in Delaware County. While I received a quality education while attending these schools, once I began attending Cardinal O’Hara High School, I quickly learned that if you weren’t on one of the sports teams, in the band, or a part of the theatre productions, you slid through the cracks. While despite not being very involved in high school, I still managed to form a tight niche of friends; but I still yearned to belong to a group that made me feel bigger than myself.

Unfortunately, I consider myself virtually talentless — I can’t sing, I have two left feet, and I am pretty much the most uncoordinated person you will ever meet. So if I wasn’t in school, I was found working part time at Rite Aid. Once I graduated, I made a promise to myself that college was going to be different — I would do more than just work, go to class, hang out with my friends, and watch Netflix.

During my freshman orientation, they mentioned that the Center for Leadership and Engagement would be hosting an Activities and Involvement Fair where student clubs and organizations would be highlighting what they were about and what they would be doing that year. I was so excited! This was the perfect opportunity for me to keep my promise to myself — and a few days later, that’s exactly what I did.

I was a little overwhelmed at first because I had no idea what kind of things I wanted to be involved with; but the best part about attending a public school for the first time in my life was that if there was something I was remotely interested in, there seemed to be a club for it. I ended up signing up for six clubs at the Activities and Involvement Fair ranging from academics to fitness to community service. At first, I seemed to be able to balance 15 credits and seven extracurricular activities; but as soon as midterms hit, I realized it was going to be impossible to be involved in everything. 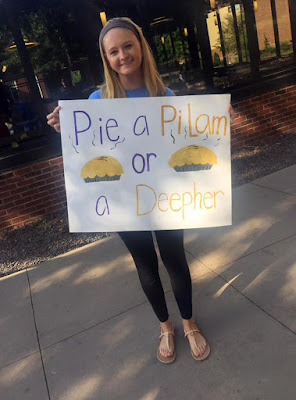 During Week 6 of my first semester in college, I called my mom in a panic. That week I had three exams and a ton of meetings for all of the clubs I was involved with. I have always had really bad test anxiety, so my mom suggested I take a step back from some of the organizations I was involved with and focus on just a few. I realized she was right and after that phone call, I created a pro-con list for each activity I was involved in.

I decided to try to stay involved in the American Marketing Association because marketing is one of my majors and I had already paid the dues for that year. But I still wanted to be involved in something that wasn’t necessarily academic. Because I attended Catholic school, I was required to do a certain amount of community service hours every year; but usually I went beyond the minimum amount. I realized in that moment that I needed to be involved in some sort of community-service club.

During my junior year of high school, I attended a leadership camp for the Alex’s Lemonade Stand Foundation and quickly grew passionate about finding a cure for childhood cancer. When I saw that Bloomsburg had a Colleges Against Cancer chapter, I knew that this club would be perfect for me. During the summer before I started at BU, my grandma was diagnosed with Stage 3 cancer so I thought that this was the perfect club for me.

I was pretty active in CAC my first two semesters of college, however, decided not to be involved any more during my sophomore year. I had joined Delta Phi Epsilon in my second semester and became the community service chair for them, so I wanted to put all of my passion into that.

While I believe that being involved on campus and in the community is an important part of being a student, I think it’s more important to find a few activities you really enjoy and are able to put your time, energy and passion into. As college students, we are often running around like chickens with no heads; but the friendships, soft skills, and resume boost you gain from being involved on campus is truly worth the stress.

Don’t be afraid to try something new and get out of your comfort zone. Even if you don’t think a club or organization is right for you, try it out and see how you feel. You never know the amazing things that could come out of it.

Posted by BloomsburgU at 11:55 AM No comments: