On Jan. 9, 2015, while my college peers were enjoying their winter breaks and time off from school, I sat anxiously in a waiting room at the hospital of the University of Pennsylvania.

Over the course of the previous 24-hours, my family received a life-changing phone call: they had found a heart for my dad, after nine months and nine days on the organ donation “waiting list.” For over 10 years, my dad was suffering with hypertrophic cardiomyopathy, a genetic heart condition and eventually went into congestive heart failure.

On top of the heart problems, my dad also has primary progressive multiple sclerosis, the rarest form of this disease. My dad receiving a heart transplant was a blessing. However, my family endured many setbacks because of my dad’s heart transplant. 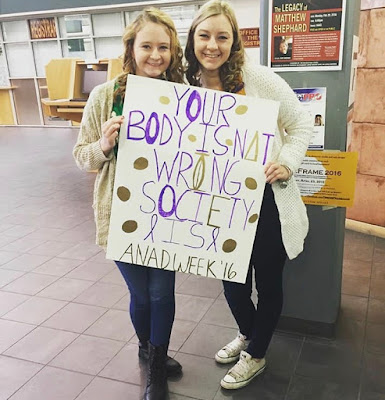 A few weeks later, I headed back to Bloomsburg for my second semester of college. The guilt of leaving my family, especially my dad, during such a hard time was eating away at my conscious.

I needed to find something to distract myself from the guilt and the stress, so I decided to go through the sorority recruitment process with my roommate. When I first decided to rush, I did not expect to end up anywhere; however, my whole perspective of Greek Life changed when I met the sisters of Delta Phi Epsilon.

It’s hard to explain that instant connection you feel when you find where you’re supposed to be, but as I mingled with several of the DPhiE sisters, I had never felt more comfortable. It felt like I knew all of these young women my whole life and not just several minutes. As the rounds of recruitment continued, I got to know more sisters and about the sisterhood of Delta Phi Epsilon sorority. While the bond I felt within the sisterhood was certainly part of the reason I joined, what drew me in to this sorority was one of the philanthropies: the National Association for Anorexia Nervosa and Associated Disorders.

Anorexia is a disorder that has affected several members of my family, most recently including myself. I was drawn in to the idea that I could be a part of a sisterhood where empowering women were empowering other women on the importance of body positivity. When I learned that DPhiE was an organization that did this, I felt compelled to not only be a part of that empowerment, but also spearhead it. 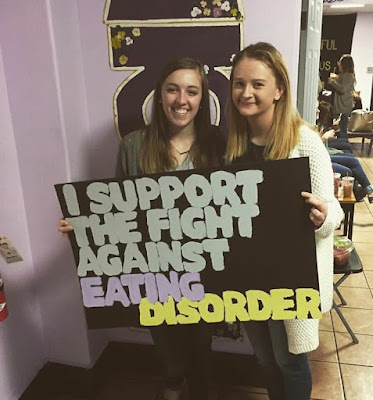 Empowering other women was one of the many goals I set to accomplish as VPP. I got the idea to create an awareness video for the National Association for Anorexia Nervosa and Associated Disorders from a sister from another chapter. My vision for this video was to show that every woman has things they are insecure about, but there are so many positive things about each of us that we should focus on instead. In addition, I teamed up with the Women’s Resource Center for National Eating Disorder Awareness Week. Through our partnership, we had several successful educational events throughout the week.

Members of Greek Life are often stereotyped for partying all the time and having low GPAs. However, those assumptions are not always the case. Being involved in Greek Life is so much more than that — it offers you a support system and a home away from home. But more importantly, being involved in Greek Life allows you to be a part of something bigger than yourself. Members of the Greek community collectively completed over 22,400 hours of community service last year.

How many other organizations can say they did that?

Posted by BloomsburgU at 2:52 PM No comments: