A tasteful tour of Costa Rica 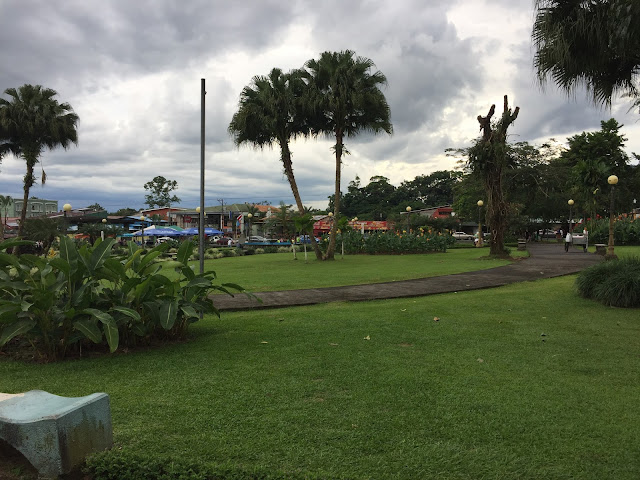 We’re almost to the end of the third module of classes now, and our group is busy studying Latin American Civilization and Culture. Together we’ve covered everything from ancient Aztec and Inca civilizations to the Latin American wars of independence in the 18th and 19th centuries. 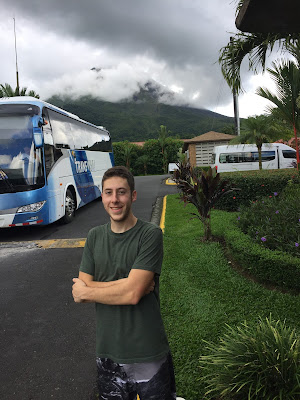 A few of us took a day for a tasteful tour of Café Britt, a leading innovator in gourmet Costa Rican coffee. I’m not big on coffee myself, but fortunately Britt also specializes in cookies, nuts and chocolates (highly recommend the dark chocolate-covered pineapple jelly).

Two weekends ago we piled into the buses to head to La Fortuna, a small town northwest of San José in the shadow of two huge volcanoes, but first we took a high-flying detour to a huge jungle zip-line course. The Tarzan Swing was a surprise, not to mention the “Superman” line for the grand finale.

Arriving at La Fortuna, we got our first breathtaking look at Arenal Volcano, a 5,500-foot geological wonder with clouds surrounding the summit. Its most recent eruption was in 2010, and visitors can occasionally spot thin lava flows near the crater.

We spent a night in the natural hot springs that flow from the Tabacón River at Arenal’s base. Trust me, they’re better than any hot tub you’ll ever find. We’re coming into the homestretch now, and the daily rains have finally died down as the dry season (mid-November to April) steadily approaches.

Joshua Lloyd is a junior Spanish and Interpersonal Communication major spending this fall studying abroad in Heredia, Costa Rica. Through SOL, he is studying Latin American culture and civilization.

Posted by BloomsburgU at 10:41 AM No comments: