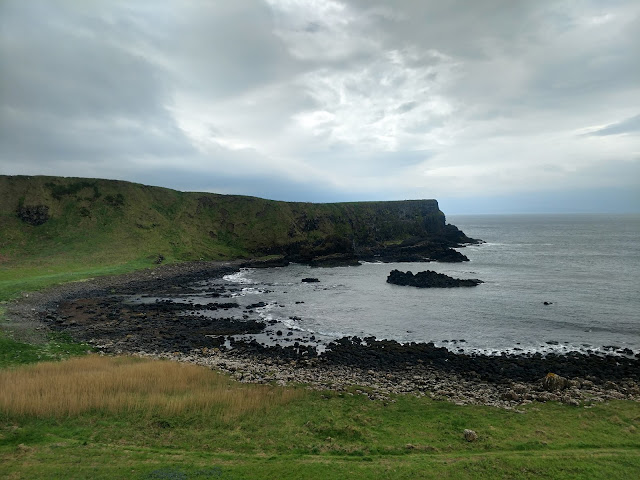 In addition to the stunning sights, one of my most cherished moments of the study abroad tour of Ireland was the fact that we were present during a pivotal time in the country’s history. Ireland voted to repeal the eighth amendment of their constitution, which prohibits abortion. At that time we were in Dublin, Ireland’s lively urban capital with a rich history of its own.

Throughout the entirety of the trip, the passionate campaign signs for both sides of the issue “Vote Yes” and “Vote No” were inescapable across the country. It was both eye-opening and humbling. Coming from the U.S. in 2018, you can’t help but think that no other country could possibly be as divided as our own.

Since Ireland is so heavily influenced by the Catholic Church, they may be considered “behind” other nations in terms of divisive political issues like this one. They only just recently voted to legalize same sex marriage in 2015. Nevertheless, the evidence of progression was glaringly obvious that day; and we got to experience it first-hand.

Just a few days before we departed, the results were announced in favor of the referendum. On the streets of Dublin, in the midst of hundreds of Irish voters cheering and embracing each other - I couldn’t help but feel as though I was a front row spectator to a compelling success in Ireland’s history. It was a powerful, chill-inducing and memorable moment.

Miranda Carrasquillo is pursuing their Master's in Educational Leadership through Bloomsburg University's College Student Affairs (M.Ed.) program. She is among a group of CSA students studying abroad this summer for two weeks in Ireland, visiting several universities to develop an understanding of the structure and practice of college student affairs in Ireland and gain insight into international issues.

Posted by BloomsburgU at 12:22 PM No comments: